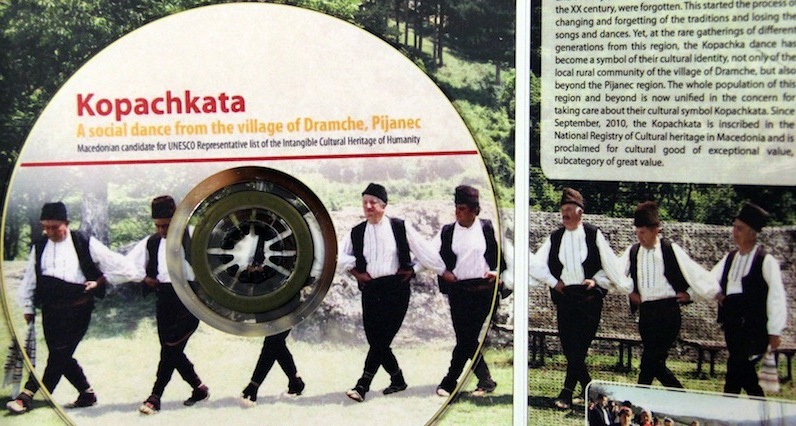 Macedonia’s eastern planning region is considered UNESCO region and as such, it has a historic chance to use this fact while being promoted at local and international level, say experts who have drafted a strategy on tourism development in the region.

The Stip custom of Chetrse and the Delcevo folk dance of Kopacka, intangible cultural heritage already inscribed in the UNSECO list, provide this advantage to the region, says Vasilka Dimitrovska who was involved in the tourism development strategy of the Eastern Planning Region.

“What could be most attractive for tourists in the Eastern Planning Region is the domination of activities included in UNESCO’s list of intangible cultural heritage. In the past couple of years, Macedonia has had the honor to have three intangible items inscribed in the UNESCO list, namely the Chetrse custom, the folk dance Kopacka and the Glasoecho ­male singing. Of those, Chetrse and Kopacka are considered indigenous in the Eastern Planning Region,” Dimitrovska states. 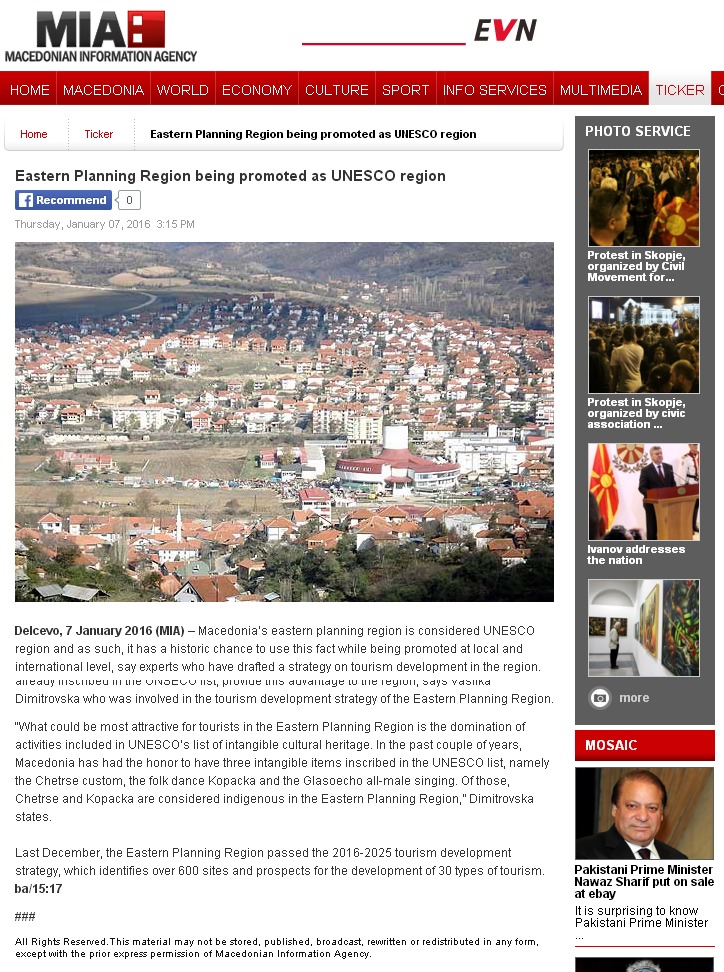 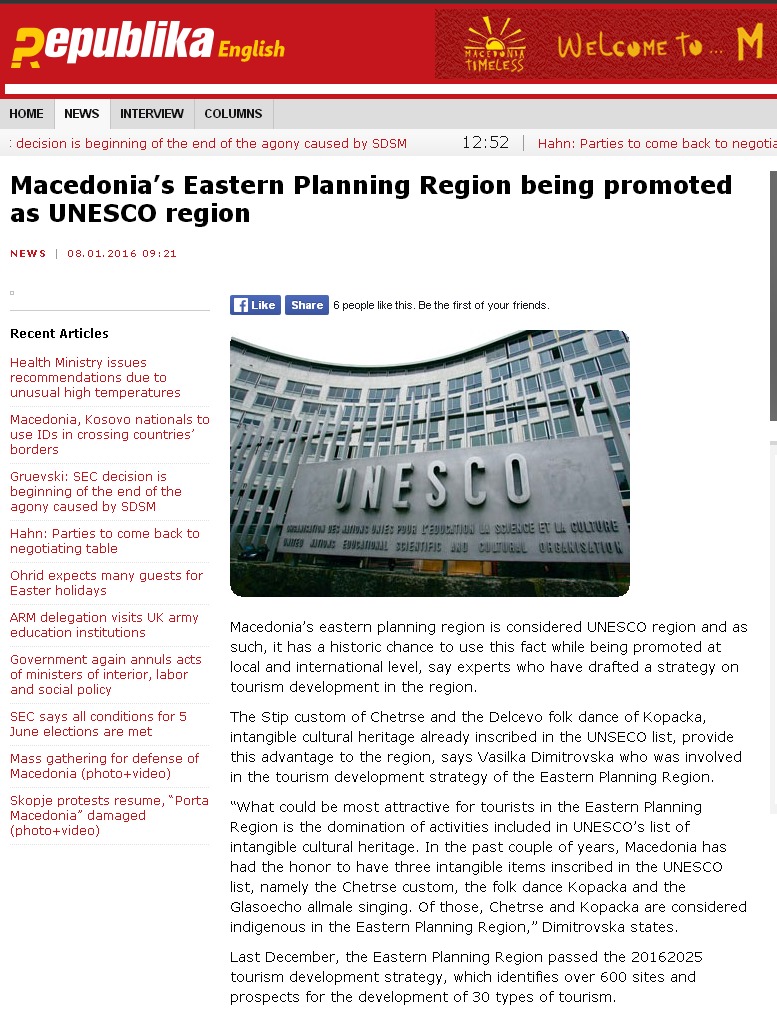 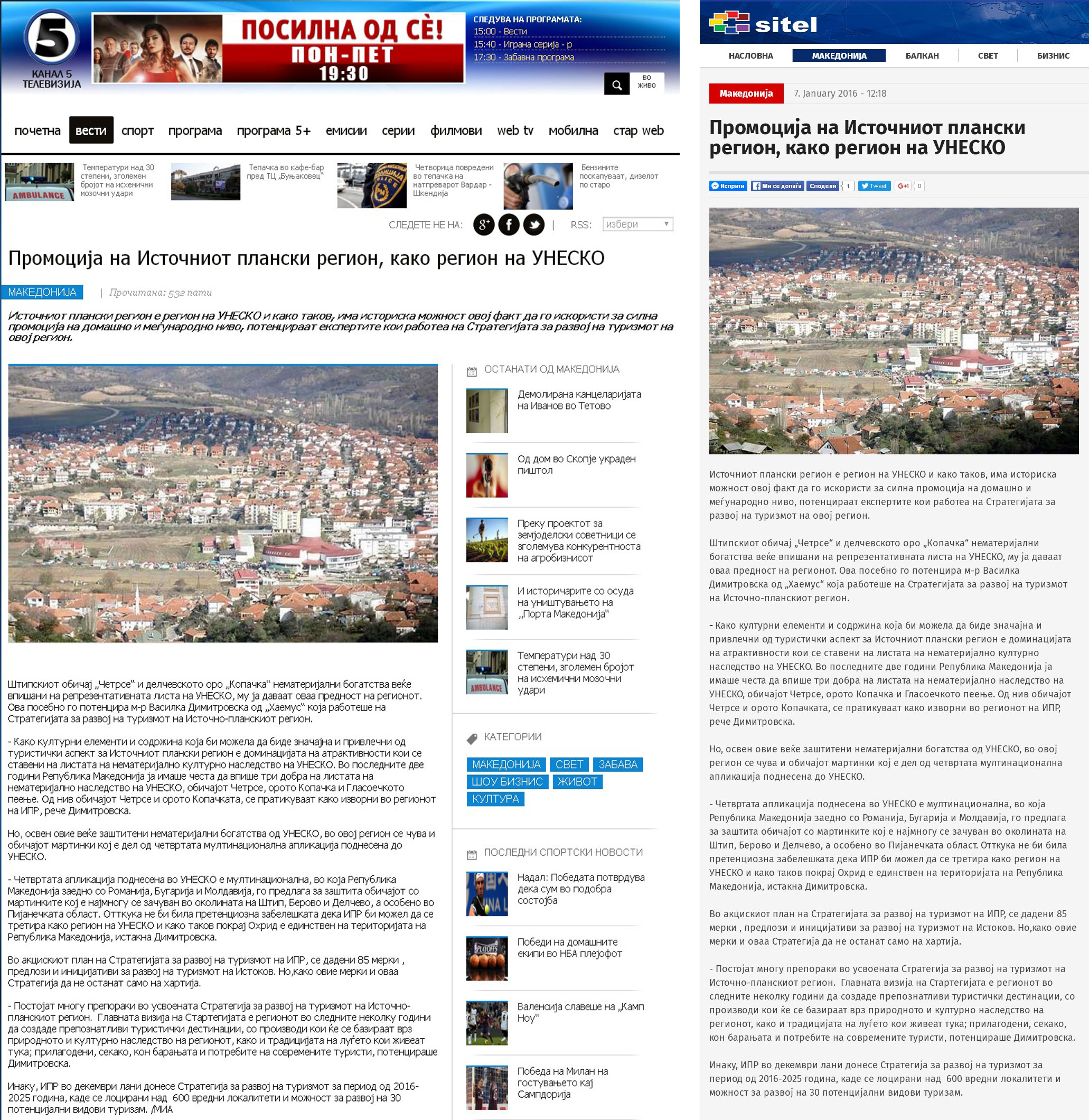