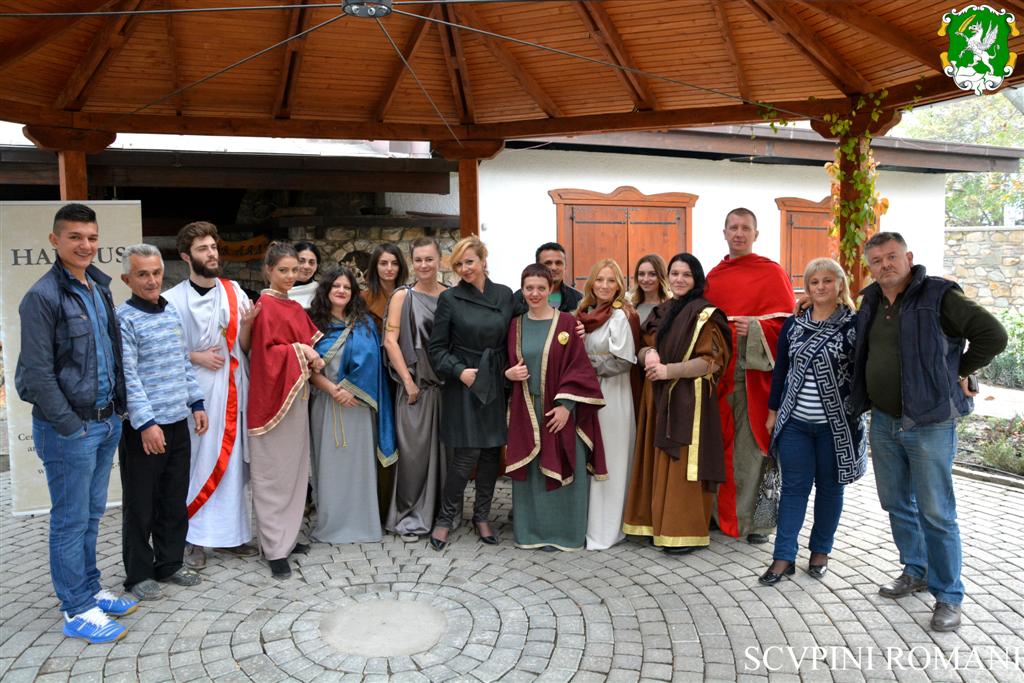 In fall 2016, SCUPINI ROMANI was designed as an international festival dedicated to ancient Roman culture. In an attempt to capture the reconstruction of people’s everyday life in ancient Rome, we’ve tried to visualize part of beliefs, traditions, fashion, food and crafts through several craft workshops practiced in antiquity (pottery, jewelry, crochet, wickerwork craft, hairdressing and mosaic). All participants including the organizers were dressed in reconstructed costumes and jewelry.

The festival was supplemented by public lectures from archaeologists who research Roman archaeology. Also there will be the children corner dedicated to the youngest, tasting of ancient Roman food, exhibition of costumes and clothes inspired by ancient Rome, exhibition space with commercial copies of the Viminacium Archaeological Park. The opportunity for buying domestic hand-made souvenirs based on the ancient Roman cultural heritage which derives from the territory of the Republic of Macedonia will be available to the visitors.

The event was made under the slogan of UNESCO’s Open Educational Resources.