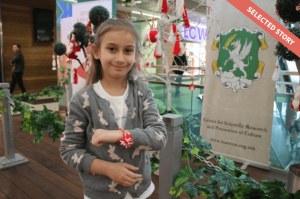 The project “Grandma March Day” as one of the granted projects by the Council of Europe and the European Commission within the European Heritage Days Stories 2020, was organized and completed by HAEMUS – Center for Scientific Research and Promotion of Culture between 16.09.2020-31.03.2021, including the management and organization of the 8th manifestation dedicated to the “Martinki’ custom related to the “Grandma March Day”. 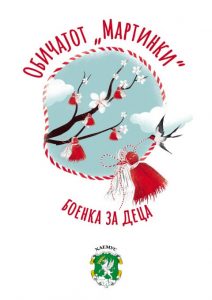 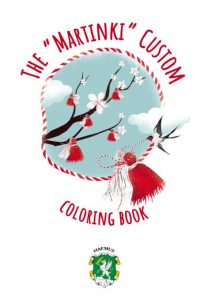 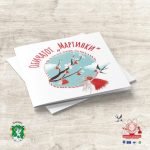 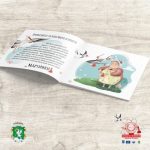 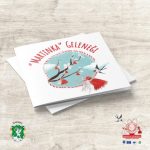 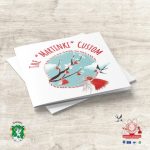 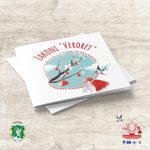 From the moment HAEMUS received the award for one of the best European stories, the project was well covered in the Macedonian media, including national Macedonian Television and Telma TV. The opening of the event was covered with special media reportage by the national Macedonia Informative Agency (Mia.mk) thus most of the relevant Tv stations, journalists, newspapers and Internet portals broadcasted the news. In general, we are very satisfied with the media coverage of the whole “Grandma March Day” project by the Macedonian media.

Following all official recommendations in N. Macedonia for organizing an event during the world pandemic, our traditional manifestation “Happy Grandma March 2021 – give a martinki for health, happiness and love” happened for the eighth time in a row and it was open to the public from 26.02-01.03.2021 between 12-18 h. on the first floor of Capitol Mall, the shopping mall located in one of the most populated neighborhoods in Skopje. Having in mind the frequency of visitors to the previous manifestations, the event was realized on a small scale and with an appropriate protocol, observing the recommended protection measures during a pandemic. The event consisted of several components: an exhibition of original handmade amulets from Macedonia, Bulgaria and Romania owned by HAEMUS, an exhibition of educational panels, a handicraft gallery and the promotion of creative brochures and coloring books for children as a result of this project.

As direct products of this project, four illustrated brochures for children about the “Martinki” Custom, in Macedonian, English, Albanian and Turkish language were promoted within the manifestation, as well as two coloring books for children in Macedonian and English language. With our budget we further promoted these publications by creating, printing in color and laminating 16 different types of martinki (4 different types in 4 languages: Macedonian, English, Turkish and Albanian), in the way they can adequately fit to the educational brochure content. Then we decided that together with the brochure, each child will get free-of-charge martinka according to their preference regarding the type and language.

The event was completely organized by the HAEMUS team, starting from the management itself, communication with the media and the public on social networks, making the martinka artifacts by artisans, as well as direct interaction with the visitors of the event. During the event, photo and video documentation was made. The professionally taken photos are placed in a separate folder of the report, and some of the photos and videos are included in the educational documentary about the “Martinki” custom, which is one of the final products of this project. The traditional event “Grandma March Day 2021” was made with additional logistical support from the City of Skopje and the Capitol Mall itself, under the motto of UNESCO’ Open Educational Resources, because most of the created educational materials are shared for free online on our social media and at our web site dedicated to the custom. The info about the event will be available to the general public through the official web site www.martinki.haemus.org.mk.