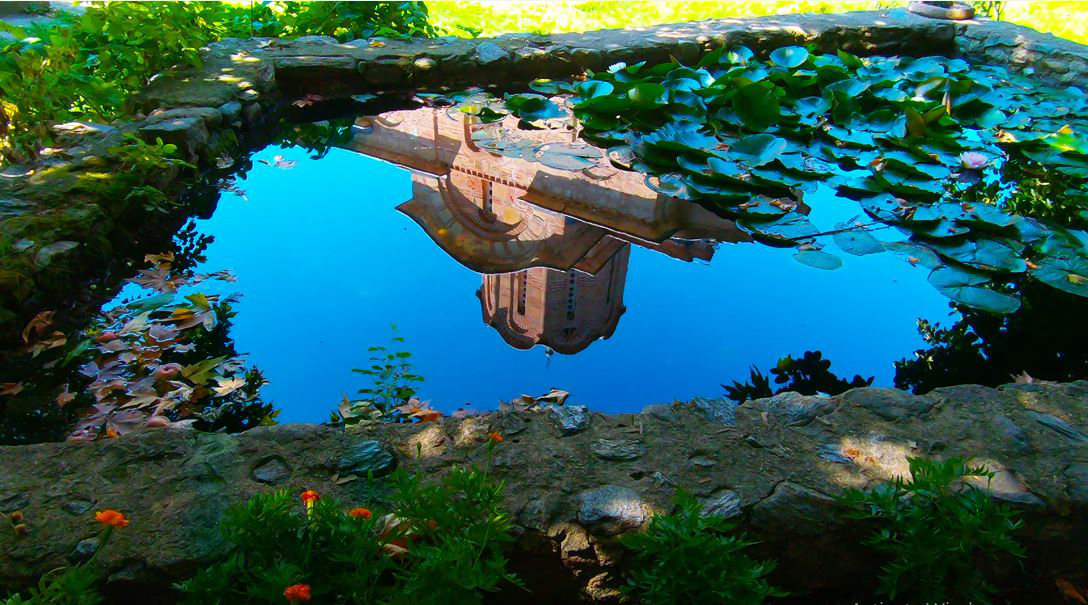 „Skopje ByzArt – history, art, tradition and experience”
on the occasion of the European Heritage Days 2019

HAEMUS organized the conceptual exhibition “Skopje ByArt – history, art, tradition and experience”, devoted to the medieval heritage found on the territory of the city of Skopje. The exhibition was open from 23ʳᵈ until 27ᵗʰ of September 2019, from 10 AM to 10 PM, on the first floor of Capitol Mall. The exhibition consisted of panels, thematically grouped according to their historical, artistic, religious, and ethnographic characteristics, and also art and handcraft pieces, created by the nuns from the “Marko’s Monastery” in Skopje.

The exhibition was shaped as a side-project of two larger HAEMUS projects, one on the Byzantine heritage in Skopje, and the second about the Cult of St. Nicholas. As a result of these projects, a large number of field documentation, drawings, maps, and photos of the temples were collected, accompanied by statements and stories told by the local population. The exhibition attracted a great deal of attention from the media, the audience, and the experts, regardless of the fact that the main target group was the everyday visitors of the Capitol Mall, which on a daily basis is visited by more than 15 000 people.

The event, organized by HAEMUS, was held within the manifestation “European Days of the Cultural Heritage 2019”, and the goal was to raise the awareness among the general public about the importance of the shared European heritage through the promotion of the medieval heritage of Skopje. The event was supported by Capitol Mall, Marko’s Monastery, and the City of Skopje.