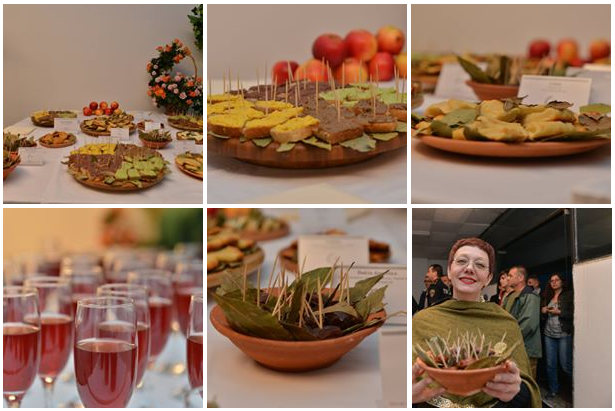 On May 10, 2018, starting at 20:00, HAEMUS in collaboration with Museum Teracotta Vinica organized the performance “Rosalia – festival of roses” for the “Museum night 2018”. The 3 hours performance within the HAEMUS’ program SCUPINI ROMANI took place at the City museum lapidarium in Vinica.

The following items were included in the event:

Rosalia – the festival of roses is an ancient Roman celebration. There is not much information about the exact date of the feast, but is considered to be celebrated during May or June. It was dedicated in honor of the dead when their graves were decorated with roses and other spring flowers, and food and wine were distributed, which strengthened familial ties, but also respect for the ancestors and the past. This pagan holiday continued to be celebrated in Christianity and later equated with the Christian feast of the Spirits, but even more so with the Feast of the Blessed One, which the ancient Romans celebrated at least five times a year, the feasts which even by the Roman Empire were regulated and marked as state holidays.

Rosalia has a long tradition in Roman culture, but for us in Macedonia it is of great importance that the earliest records for celebrations date back to the reign of Domitian (81-96 AD). It is the emperor under whose rule was formed Colonia Flavia Scupinorum, today known as archaeological site SCUPI. And SCUPI, for HAEMUS is an inspiration for the brand SCUPINI ROMANI (The citizens of the ancient Roman town SCUPI).

As part of the HAEMUS’ brand SCUPINI ROMANI “Rosalia” aims to promote and popularize the cultural heritage of the Roman era, but also the contemporary Macedonian national celebrations, beliefs and customs. The event was of educational and promotional character, and was performed under UNESCO’s motto for Open Educational Resources.