Memorial tourism from WWI in Macedonia

Members of HAEMUS were part of the study trip (20-24.10.2014) to Lower Normandy organized by ALDA and became official partners of the long-term project about memorial tourism dedicated to the WWI and East front in the Republic of Macedonia.

The main host was the Regional Council of Lower Normandy and their office in Skopje. At the meetings approximately 50 participants from both territories, local government and organizations involved in the collaboration, attended the sessions. They met on the subject dedicated to the memorial tourism, which is the innovation in collaboration between Normandy and Macedonia, inspired by topic remembrance and reconciliation. 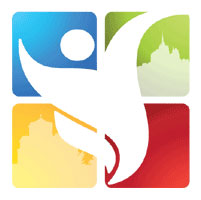 During the working sessions, many meetings, training, workshops as well as the field trips and visit to museums took place. It has served to define the next stage of cooperation in the next 12 months from the current three-year program, which covers the period from 2013 to 2016.

HAEMUS had the honor to visit several historical sites in Lower Normandy, associated with World War II and the landing of Allied troops in Normandy and to be part of the D-Day tour. On this occasion, the Macedonian participants had the opportunity to meet with French experts in the field of cultural heritage tourism and memorial, to learn about the valuation of material and intangible cultural heritage on its territory and thus to encourage the creation of local policy development in Macedonia related to historical heritage of the First World war.