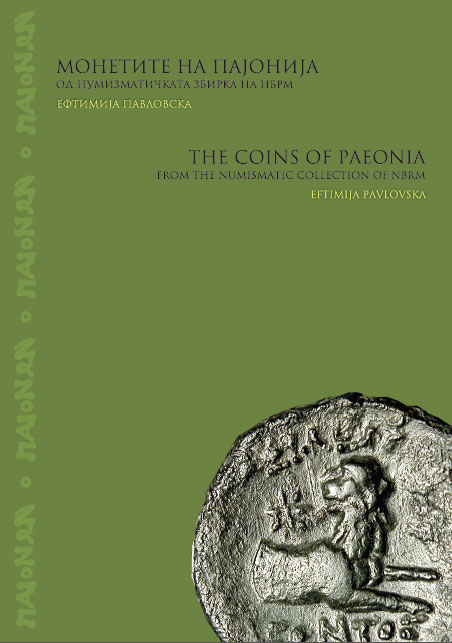 The ancient Paeonian population that existed in the south part of the Balkan Peninsula, inhabited the vast geographic area which today enters within the territory of Bulgaria and Greece, but а part of this historical region comprises motely the territory of Republic of Macedonia. Regretfully, Paeonia was mentioned by the ancient authors sporadically, and it was usually related to certain historical events which involved the Paeonians. So, beginning with Homer in the VIII century BC, the data about Paeonia and Paeonians could be further evidenced in the writings of later authors such as Thucydides, Polybius, Strabo, Livy, Justin etc., but also in the epigraphic sources, which are, however, still insufficient to complete the reconstruction of the Paeonian past. Thus, the numismatic sources i.e coins issued by the Paeonian tribal communities and later, the kings, represent one of the most important and authentic sources of information on the social, political, economic and religious life of the Paeonians.