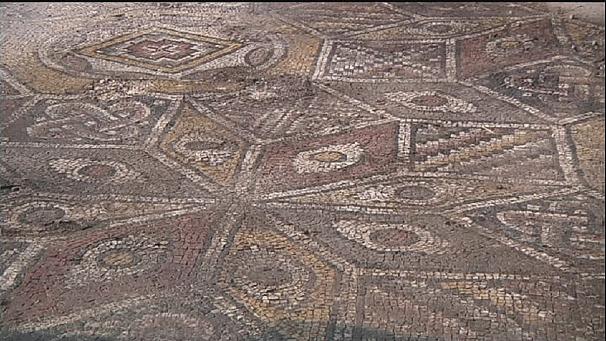 A Roman site covered with multi-colored mosaics is now under excavation in the small village of Dresnik in northwestern Kosovo.

This is one the biggest finds in Kosovo in the past four decades. Digging first started in September 2012 under head archaeologist Masar Valla, who believes the site spreads over as much as 50 hectares.

Diggers have so far opened up a 200 square-metre area — which is believed to be the ground floor of a public building or an urban villa.

Archaeologists have still not determined the exact period of construction or what the building’s purpose was.

Masar Valla enthused about the site which he thinks will reveal more magical treasures as further excavation work takes place: “The mosaic has geometrical shapes, it is multi-coloured, so far we’ve distinguished seven colours. It is one of the most beautiful mosaics found in Kosovo, we do think we will find much more when we continue with work in October.”

The find is reportedly unique in Kosovo and so far the archaeologists have opened up four spaces, all of which have floor mosaics.

It is believed that the site is on the path of an old Roman road – Via Lissus-Naissus connecting the modern town of Lezhe in Albania and Nis in Serbia.