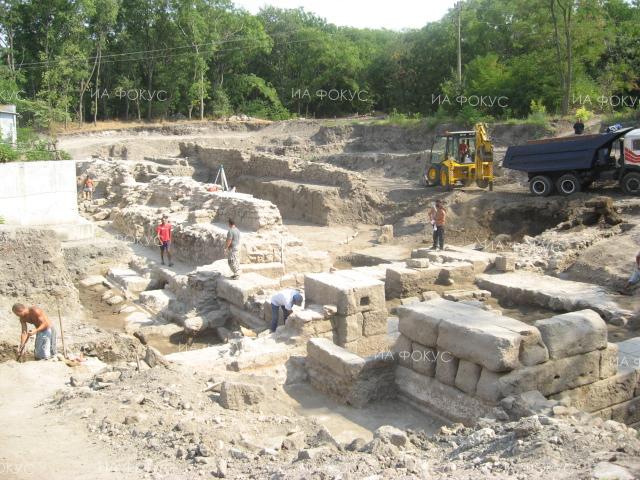 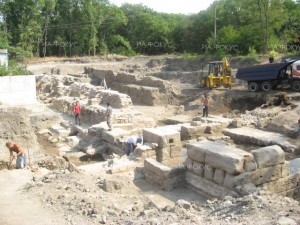 Bulgarian archaeologists discovered a cold pool or the so-called frigidarium of the Roman Baths (II AD) during the latest dig at the Aquae Calidae in the mineral baths in the Bulgarian coastal city of Burgas, the press office of Burgas Municipality announced.
Long steps of perfect rectangular shape, revetted with luxurious marble, emerged from the mud during the archaeological works.
The archaeological studies are part of Burgas Municipality’s project for preservation, restoration and socialization of the ancient and medieval town of Aquae Calidae-Thermopolis.

The frigidarium is a large cold pool of the Roman baths where the ancient Romans entered after the rest of the procedures at the baths.
It is disclosed at 4.6 m depth from the modern level. It is well-preserved – 6.4 m wide, and with so far discovered length of 6.8 m.