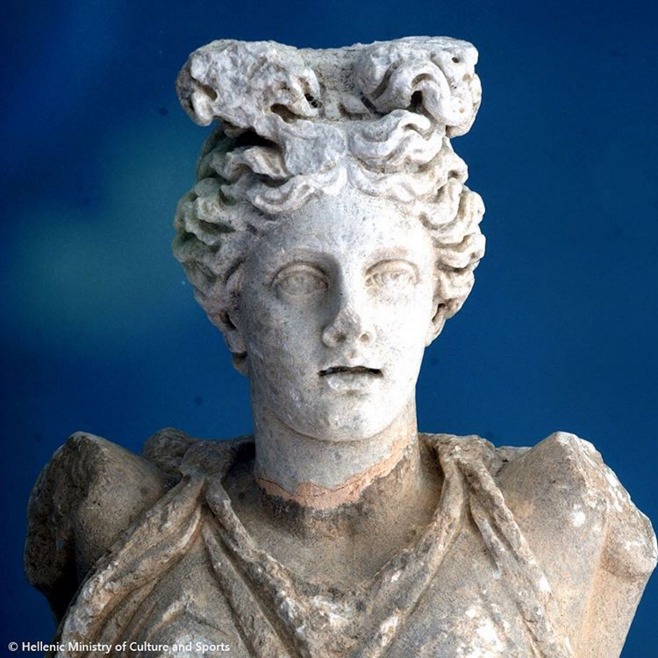 Archaeological Site of Philippi on 17. July 2016 was inscribed as World Heritage Site by UNESCO. The remains of this walled city lie at the foot of an acropolis in the present-day region of Eastern Macedonia and Thrace, on the ancient route linking Europe and Asia, the Via Egnatia. Founded in 356 BC by the Macedonian King Philip II, the city developed as a “small Rome” with the establishment of the Roman Empire in the decades following the Battle of Philippi, in 42 BCE. The Hellenistic theatre and funerary heroon (temple) were supplemented with Roman buildings such as the forum. Later the city became a centre of the Christian faith following the visit of the Apostle Paul in 49-50 CE. The remains of its basilicas constitute an exceptional testimony to the early establishment of Christianity.

The area of Philippi hosts a series of archaeological monuments, witnesses to a long historical path during which civilisations intersected and developed. The first archaeological evidence of organised life in the area dates from prehistoric times (5500 BC) and is found in the tell of Philippi, Dikili Tash. This is the oldest Neolithic settlement in the whole of East Macedonia and Thrace, and one of the largest tells in the Balkans. Life in the ancient city of Philippi began when the Thasians founded the colony of Krenides in the interior in 360 BC. The colony was soon (356 BC) conquered by Philip II of Macedon (359-336 BC), fortified and renamed Philippi. The Battle of Philippi took place in 42 BC, between the armies of the Republicans Cassius and Brutus, and the supporters of Julius Caesar, Octavian and Mark Antony. The Emperor accorded Philippi the honour of implementing Roman Law and the name Colonia Augusta Julia Philippensis in 27 BC.

The Via Egnatia, one of the longest military and trading roads in the ancient world, also passed through Philippi, bringing the city to the forefront of major historical events.

Philippi played a decisive role in the expansion of Christianity when, in 49/50 AD, Paul the Apostle visited the city, founded the first Christian church in Europe and baptised the first European Christians, an event that affected the whole continent. The Epistle to the Philippians, the first Christian community in Europe, sealed the long and close relationship between the Apostle and the Philippi congregation. There was an episcopal see of Philippi from as early as the mid-4th century AD. The exceptional examples of early Christian architecture (the three Early Christian basilicas, the Octagon church, baths that remained in use into the Christian period, the “Bishop’s Palace”, private houses), dating from the mid-4th century AD onwards, bear eloquent witness to the power and vitality of the Church of Philippi and its influence on the contemporary Christian world. These were closely linked to developments in the metropolitan see of Constantinople, if not directly financed by it.

Α) The rock art in the Lekani foothills, approximately two kilometres east of the city of Krenides, depicting human and animal figures and the distinctive “horseman”.

Β) The important mines in the area east of Philippi and northeast of the ancient port of Neapoli (modern-day Kavala), identified with those referred to by Herodotus and Thucydides as Skapte Hyle.