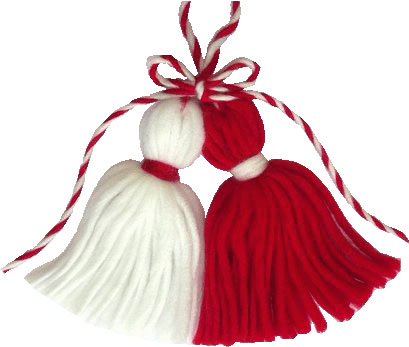 On behalf of the institutional cross-border partnership “National Identities within the United Europe” which was signed in October 2015 in Vidin (Bulgaria) between the Buzau County Museum (Buzau, Romania), the Mihalaki Goergiev Regional Library (Vidin, Bulgaria), HAEMUS – Center for scientific research (Skopje, Macedonia) and the “Library Cultural Center” (Kladovo, Serbia), we would like to announce the launching of the web site for upcoming project titled as “Happy Grandma March Day 2016” and its symbol – the martinki.

The main aim of the project is promotion of the Balkan cultural heritage through popularization, including the common cultural practices of the Balkan Peninsula. Since 2013, the custom associated with the amulets know as Martinki (Мартинки in Macedonia), Mártenitsa (Мартеница in Bulgaria), Mărţişor (in Romania and Moldova), was proposed to be protected as intangible cultural heritage with the multinational application to UNESCO, in which the Republic of Macedonia, Romania, Bulgaria and Moldavia takes part. The application is still ongoing and it is one of the strongest links connected to this event bringing on the daylight a topic less known for the tradition of the Balkan people. 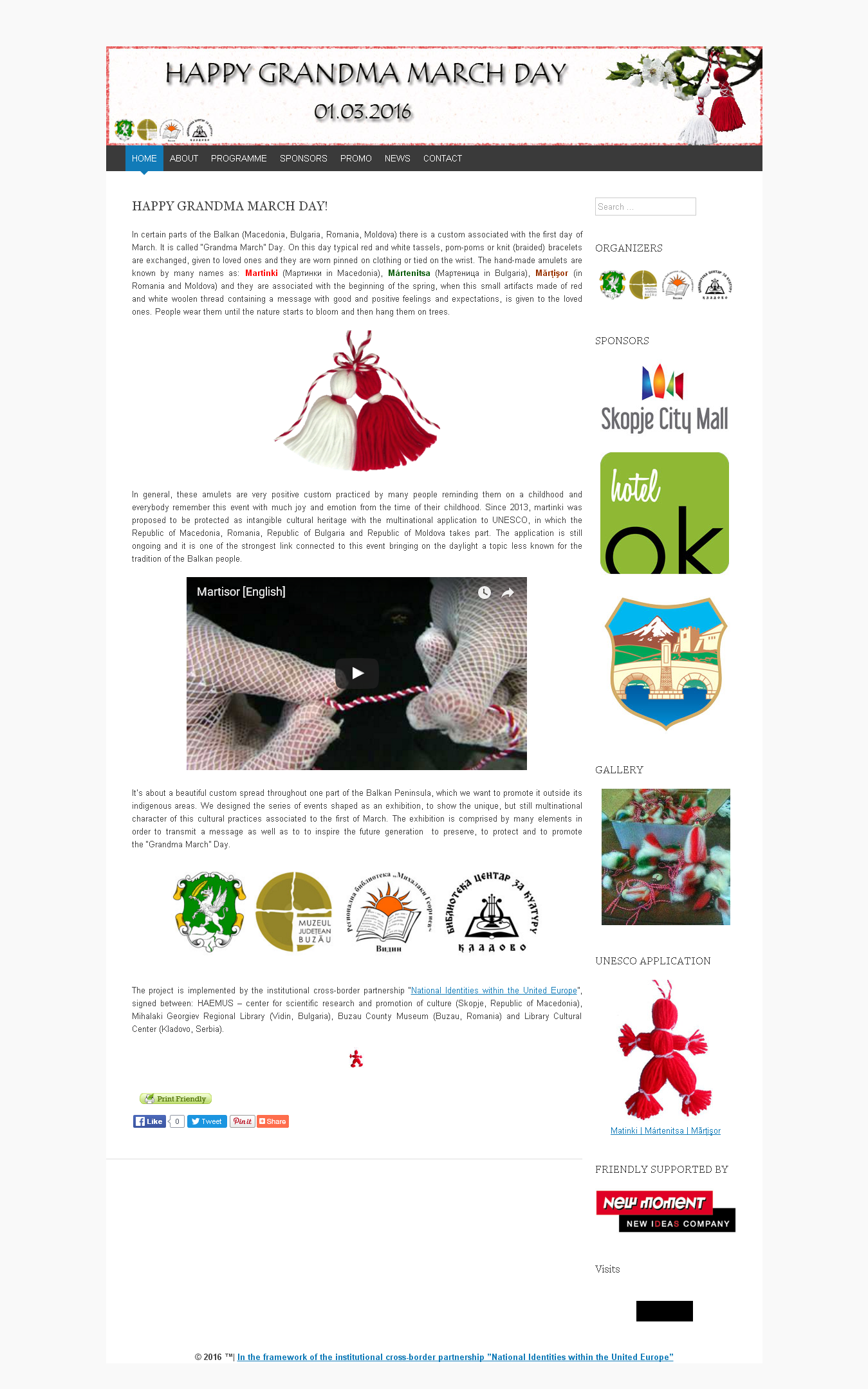 The main program of the “Happy Grandma March Day 2016” project is designed of several elements:

• exhibition of the panels with explanation about the geographical location of the custom, how to make the traditional and contemporary amulets, the way of giving and wearing the amulets, ritual practice, symbolism of the colours as well as the local legends about Grandma March Day
• exhibition of the hand-made amulets from Macedonia, Bulgaria and Romania
• projection of documentaries about the Grandma March Day
• sales bazaar for buying amulets
• creative workshops

Within the International Project titled as “Happy Grandma March Day 2016“, which will be held in City Mall Skopje, Skopje, on 1th – 9th March 2016, the sales exhibition with various types of handicrafts martinki thematically connected to the celebration and replica of the exhibited artifacts will be available.

Since 2013 the custom about the “Grandma March Day” associated with recognizable amulets, was proposed to be protected as intangible cultural heritage with the multinational application to UNESCO, in which the Republic of Macedonia, Romania, Bulgaria and Moldavia takes part. The application is still ongoing. The support for Macedonian part of the UNESCO application was hard-copy signed by HAEMUS, Skopje municipality and Strumica municipality.