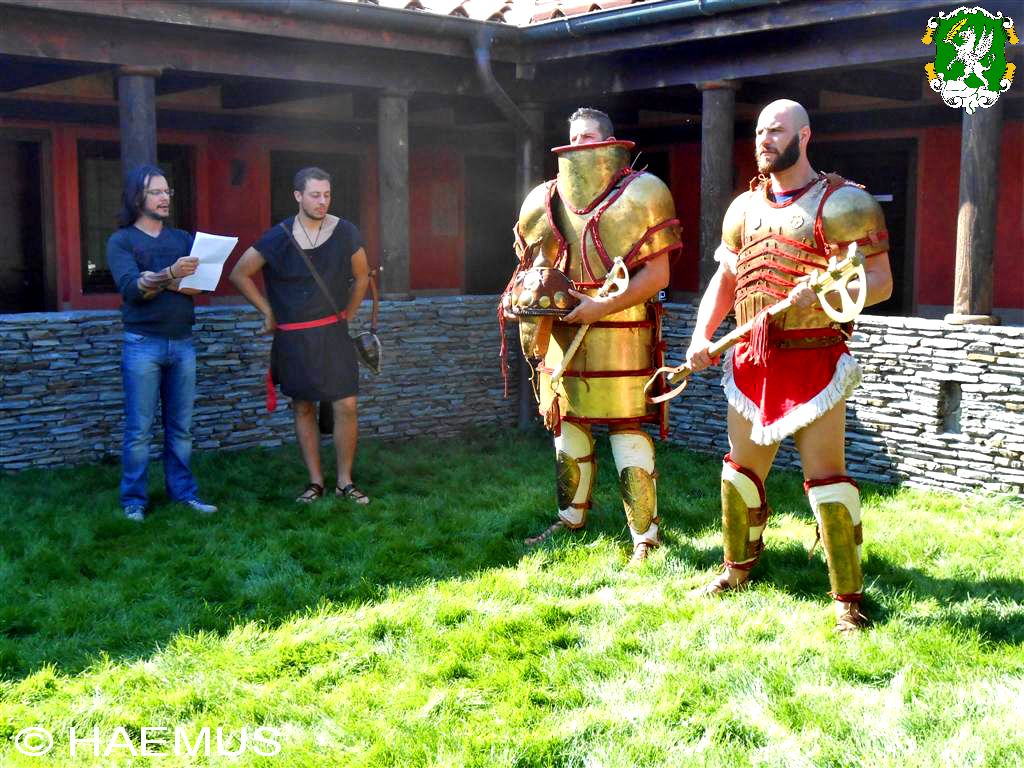 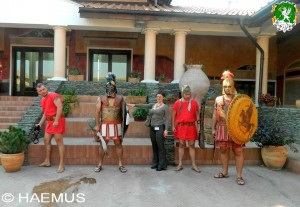 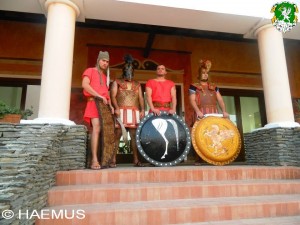 The team of HAEMUS had a great pleasure and opportunity to met twice the members of  “KORYVANTES”, the Association of Historical Studies, which is a cultural organisation with the main aim to research and apply experimentally the Military Heritage of the Greeks from the Bronze Age to the late Byzantium.

“Koryvantes” (in Greek ΚΟΡΥΒΑΝΤΕΣ) together with HAEMUS participated in the conferences held in Viminacium (in 2012 and 2014) preforming the so called Historical reenactment, which is an educational or entertainment activity in which people follow a plan to recreate aspects of a historical event or period.

Since 2008 when “Koryvantes” has been established as an organization, the members have participated in International Archaeological Festivals in Poland, France, Sweden, Korea etc., including some International Traditional Archery Festivals around Europe, presenting high quality shows to thousands of viewers. Also they are part of the academic conferences of Experimental Archaeology, while their studies have been published in academic literature (BAR) and Special International Journals (Ancient Warfare Magazine) .

“Koryvantes” have participated in major international TV Productions (History Channel, BBC2, BBC 4, ITV), on the thematic of the warfare and culture of ancient Greece. Since 2008, it leads in an international level the research and practical study of Greek Warfare , reconstructing and testing weapons , armor and fighting techniques of 3.300 years of Greek History .