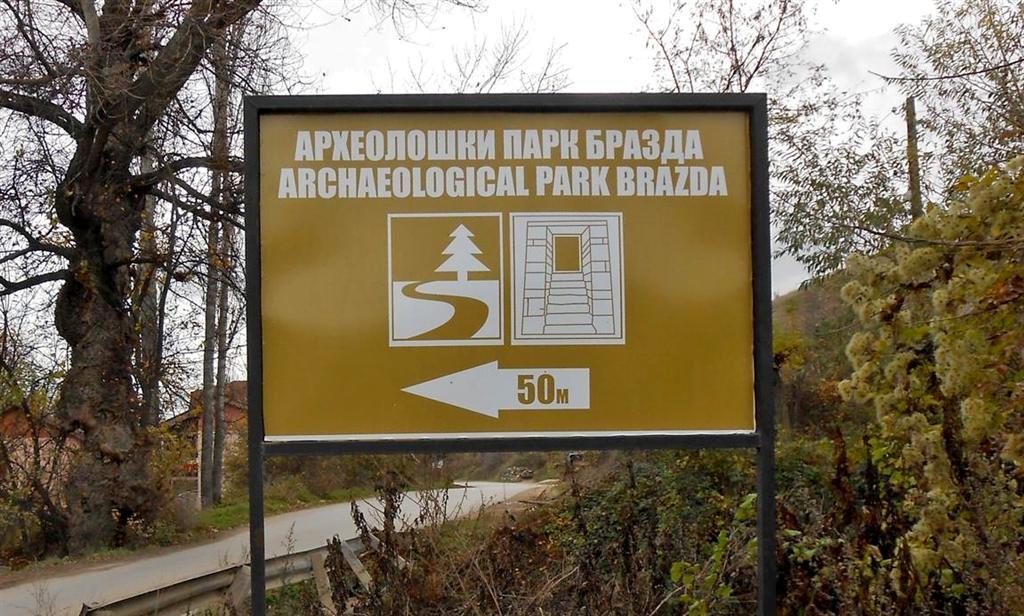 Brazda lies 10 km north of the center of Skopje in the south – west foot of the mountain Skopska Crna Gora. The remains of a fortified early antique settlement (7-4 B.C ) lie on the southern and western slope of the flattened top of Gradiste hill, it is deployed in several terraces , on the surface of 4.5 Ha.

The tomb in Brazda is not fully excavated nor fully explored, in order to make a full judgment about it. However, more and more elements of its construction, purpose and history are clear. The purpose of the tomb was undoubtedly royal. This is confirmed primarily by its size, than by the quality of construction and processing the blocks, for which top architects were engaged.