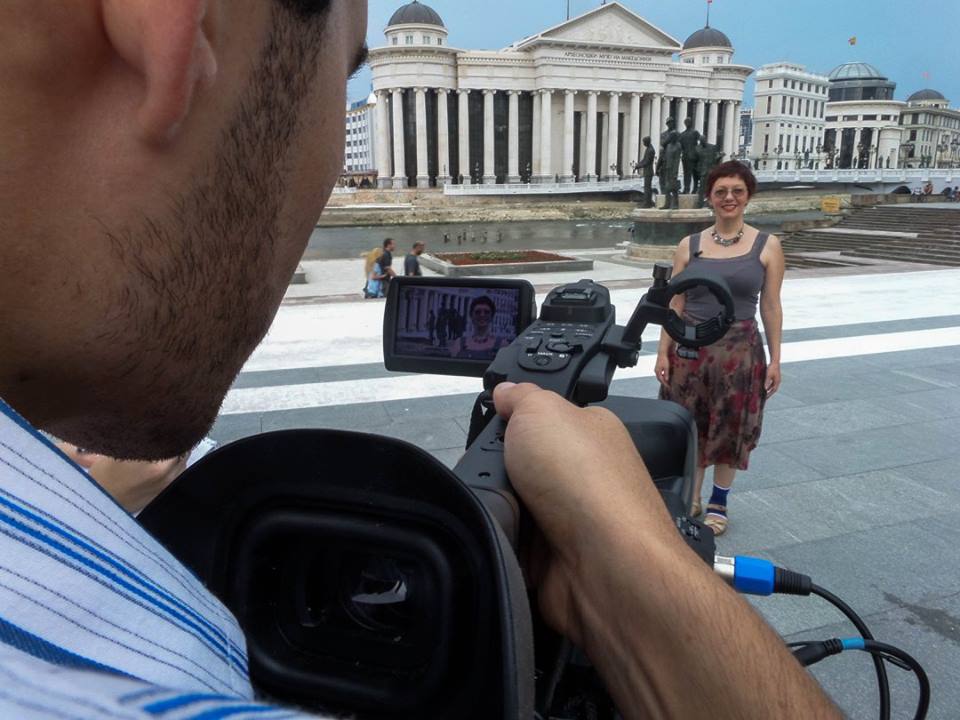 In august 2015 a group of 12 young journalists from France and Balkan countries were in Macedonia for a travelling seminar to follow the experience of World War I correspondent Albert Londres.

Six seasoned French journalists mentor the young participants in the project that will also travel to Albania and visit places where Londres reported from during the war. Londres also wrote a book on the Macedonian movement for creating an independent country. In his career he also reported from early Communist Russia and Asian countries.

This is the fourth time the project has been organized, always covering a different issue such as the life of the young people in the Balkans, or Tour de France. The project is funded by the Association for Local Democracy (ALDA) and the program for cooperation between Macedonia and the French region of Lower Normandy.

Within the project as a part of the partnership between HAEMUS and the office for decentralized cooperation Lower Normandy/Macedonia, Vasilka Dimitrovska, director of HAEMUS, gave a statement to the French journalists about the heritage from the First World war in Macedonia.