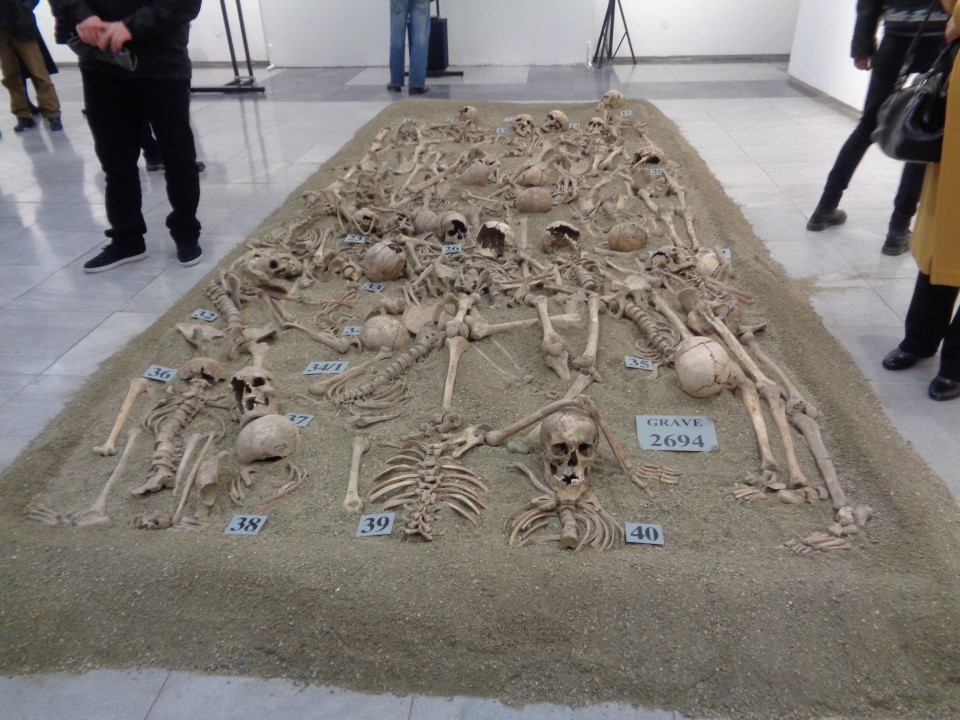 On 21.12.2017 at the City museum of Skopje, very unusual exhibition entitled “Mass grave burial from Scupi – the dark side of archaeology”, was opened. The multimedia exhibition covers the anthropological and forensic research of the skeletons from the mass burial site at the southeastern necropolis of Scupi. During the archaeological excavations of 2011, on the eastern periphery of the necropolis, a grave was found that contained mass burial. Within the same excavations a burial ditch was discovered with uneven semicircular shape that contained more than 200 skeletons. The discovered movable material can be dated in the I-III century which means that the terminus post quem for the mass burial is the second half of the III century.

The exhibition is a result of a long-term investigation and collaboration between the City museum of Skopje, Archaeological museum of Macedonia and Institute of Forensic Medicine and criminalistics in Skopje. Their conclusions based on the material were summarized on few panels describing the demographic profile (man at the age of 20 – 40) pointing to a possibility that most of the skeletons are belonging to a persons engaged with an army. The extensive ante mortem trauma, the common finds of micro stress and the signs of carrying weight also point to a military life. For now, it is very probable that they belonged to the local community of Scupi. The manner of the burial is outside of the norms of the time which proves their treatment as outcasts or even excommunication by the local community.

Scupi, or Colonia Flavia Scupinorum was the largest ancient Roman city which existed on the territory of today modern Republic of Macedonia, and one of the largest Roman cities in the Balkans with the status of a colony. It is located 5 km northwest of Skopje city center.