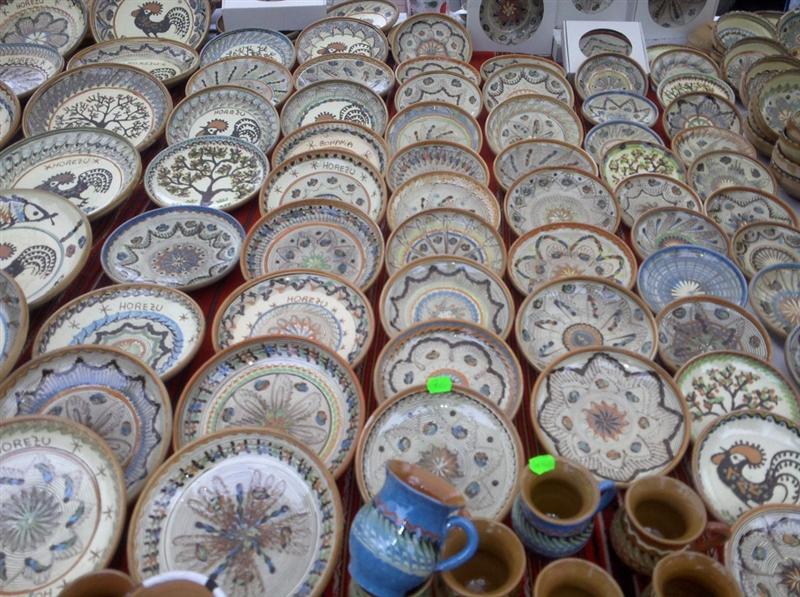 “Romania now ranks 42nd out of 122 countries, with 31 historical and natural monuments on the UNESCO Heritage List and 3 elements of intangible heritage on the UNESCO Representative List of the Intangible Cultural Heritage of Humanity (the Căluşari ritual dance, the Doina song and now the Horezu ceramics), which means that our country has a huge cultural potential requiring support and promotion,” said Deputy Gigel Stirbu, President of the Joint Standing Committee of the Chamber of Deputies and the Senate for relations with UNESCO. “14 other national monuments are on the UNESCO provisional list, pending their final inclusion on the UNESCO Global Heritage List,” added Stirbu.

Inclusion on the UNESCO list reflects the tendency for the national intangible heritage to be preserved and adequately protected.

Horezu, the birthplace of the Horezu ceramics, is located in Valcea county, Romania. Horezu ceramics are decorated in a unique, easily recognizable style marked by the recurrence of specific elements such as: roosters, stars, snakes, trees, the double helix, the undulating line, circular strings of folk motives, the tree leaf, the sun, the tree of life. There are two main colors generally associated with the ceramics in the area – the Horezu red and yellow.

The UNESCO intangible heritage lists represent an international effort to recognize the value and unique nature of, as well as the perils to, the existence of important elements of oral or otherwise non-material cultural forms. The Representative List of the Intangible Cultural Heritage of Humanity is a repository of cultural “practices and expressions [that] help demonstrate the diversity of this heritage and raise awareness about its importance,” as indicated on the dedicated UNESCO web page. A less extensive List of Intangible Cultural Heritage in Need of Urgent Safeguarding brings together “those cultural elements that concerned communities and countries consider require urgent measures to keep them alive”.