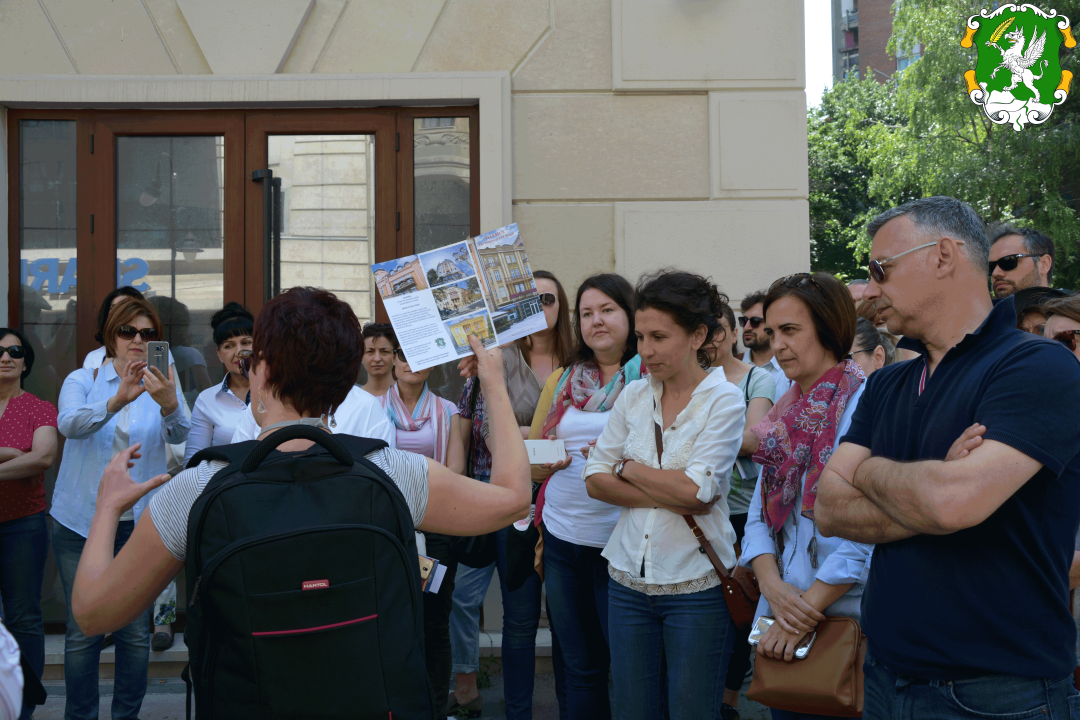 The Center for Scientific Research and Promotion of Culture “HAMUS” on Sunday, May 18th, 2018, organized an educational tour “Through the Palaces of Old Skopje”, honoring the International Museum Day. Within this walking tour was included an educational part on the so called “Palaces of Old Skopje”, which can be found in the very center of the city, and in their architecture one can observe influences of many European styles, such as expressionism, art nouveau, academicism, traditionalism and the modernism, often complemented with elements from the Byzantine tradition, classicism, renaissance and baroque.

– Last year “HAEMUS” has conducted an extensive scientific study dedicated to the life in Skopje, which culturally, socially and economically has intensively developed during the period between the two world wars. A part of this study is dedicated to the so called palaces of old Skopje, which survived the devastating earthquake in 1963, and some of them today are protected by law and declared as a cultural heritage of the Republic of Macedonia. With this tour we would like to share the knowledge and the experience that we have accumulated working on this project, and thus to disseminate our insights about old Skopje with the community – said Vasilka Dimitrovska, director of “HAEMUS”.

The aim of this tour around the central part of Skopje was to promote and popularize the rich architectural heritage, which undoubtedly left a deep trace in the architecture and art of the Macedonian capital.

“The Palaces of Old Skopje” Educational tour was managed and organized by HAEMUS on the occasion of “International Museum Day 2018”. The tour was widely covered by all Macedonian media sharing an info about the event. 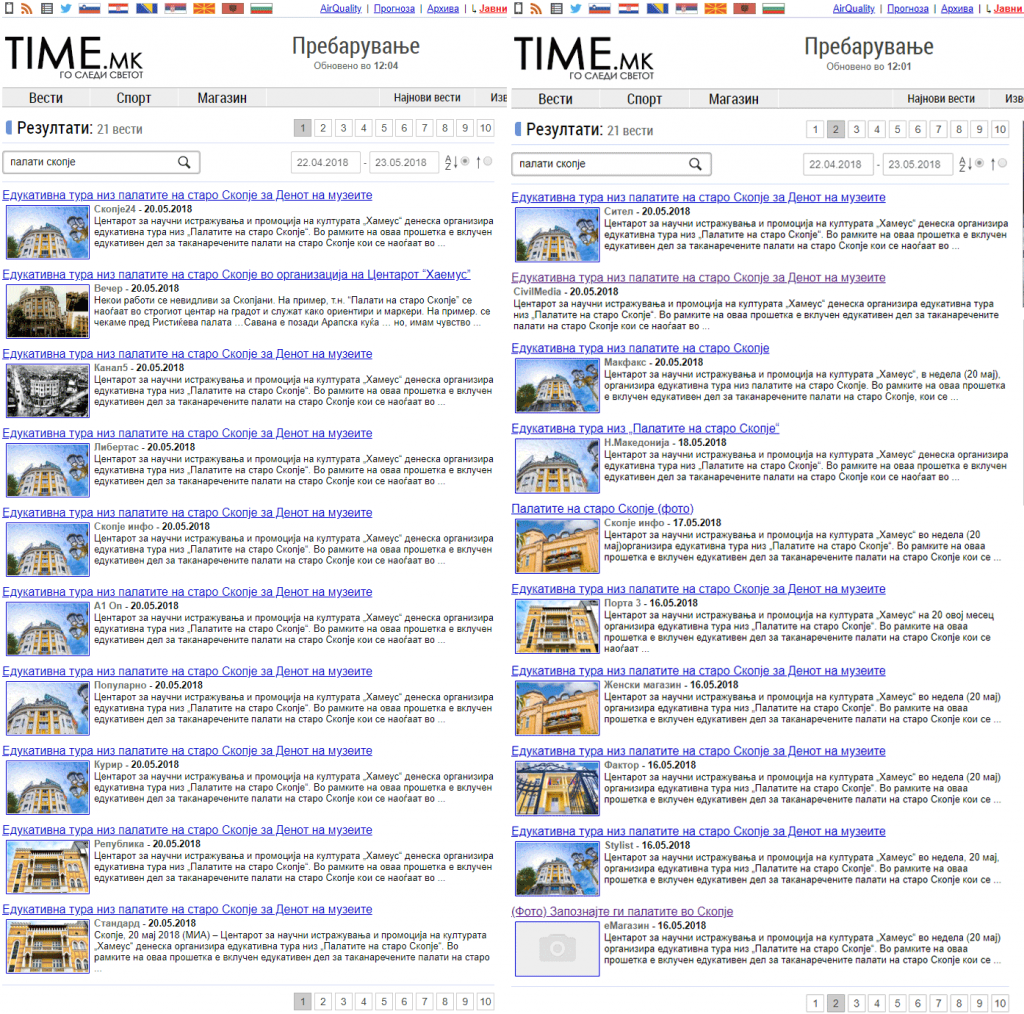