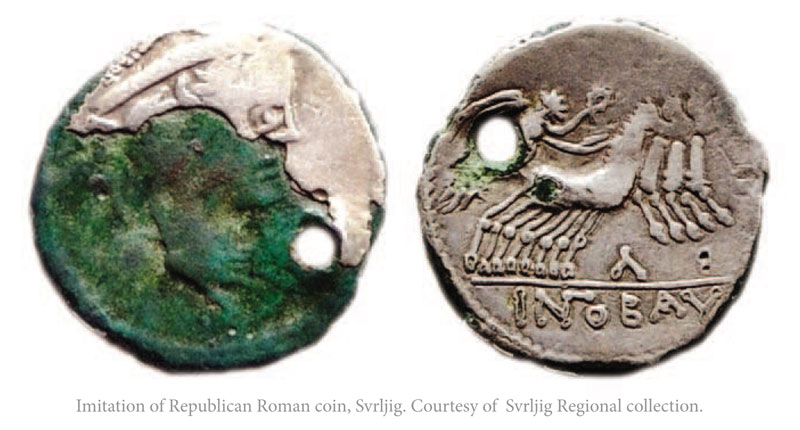 We are happy to announce the call for papers for the second conference Imperialism and Identities at the Edges of the Roman World. he conference covers the range of topics including the social interactions directly or indirectly connected to the Roman sociopolitical system operating for several centuries in the Mediterranean and continental parts of Europe, Asia and Africa. he term Roman world should be understood loosely, as diverse sorts of heterogeneities somehow related to the power centered in Rome. In other words, the Roman world here implies a number of social, economic, cultural and other ties that various communities and individuals had with the dominant sociopolitical structure of the age. In this context, the edges in the title do not mean only peripheral areas of the Roman Empire and dynamics between the “Roman” and various local societies in the border zones, but also the social groups and phenomena at the fringes of what could be called Roman elites’ social networks. he notion identities refers to different means of (self) identification, categorization, social positioning etc. and practices involved in such processes, both in terms of individuals and collectives who were affected by Rome’s imperial politics. It is used primarily to emphasize the ongoing change of views on the “Roman world” from the static concept of “Roman/civilization” vs. “native/barbaric” dichotomy to more complex comprehensions of this segment of the past.

The goal of the conference is to enable an open discussion on variety of approaches to these problems from different theoretical positions, as well as variety of disciplinary perspectives (archaeology, history, anthropology, art history, heritage studies). he IIERW is set to establish a wide network of scholars with different academic backgrounds and research experiences dealing with the Roman imperialism and related issues. Besides the topics and areas of research which (due to their actuality and wide interest) remained the same as in the previous meeting, the second conference will also direct attention to reflexive views on our disciplines, their epistemology and the topic of reception and modern usage of the Roman past.

The main topics of the conference are:
• Relations between the Roman imperialism and regional/local communities, “non-elite” or “marginal”
social categories of various sorts (global and local social/cultural trends and the creation of different life experiences)
• Social and cultural dynamics in the areas of interaction (contact, conflict, resistance and coexistence)
• Complexity, variety and intersections of social/cultural realities and imaginations
• Diversity of construction and communication of identities
• Relexive history of Roman studies
• Roman heritage

For the sake of clarity these topics could be narrowed down on the following issues (which are not strict thematic sections, but suggested general guidelines):
• General theoretical perspectives and methodology
• Social structure, organization and practices
• Economy and technology
• Military and diplomatic relations
• Settlements and dwelling customs
• Funeral and burial practices
• Art and material culture
• Religion and cult activities
• “Daily life“ and entertainment
• Understanding and utilization of the Roman past in the contemporary world
• Roman studies’ relations with the general public

Time-line:
April 15th – deadline for the submission of abstracts; April 30th –the list of confirmed speakers; July 31 st – deadline for accommodation booking; August 31st –the inal program of the conference

Abstracts submission:
If you are interested in participating the conference, please submit your abstract to the following email: markojankovicc@gmail.com. Submitted abstracts should be up to 250 words long. Authors should include up to five keywords, names of the author/s and their full affiliation.