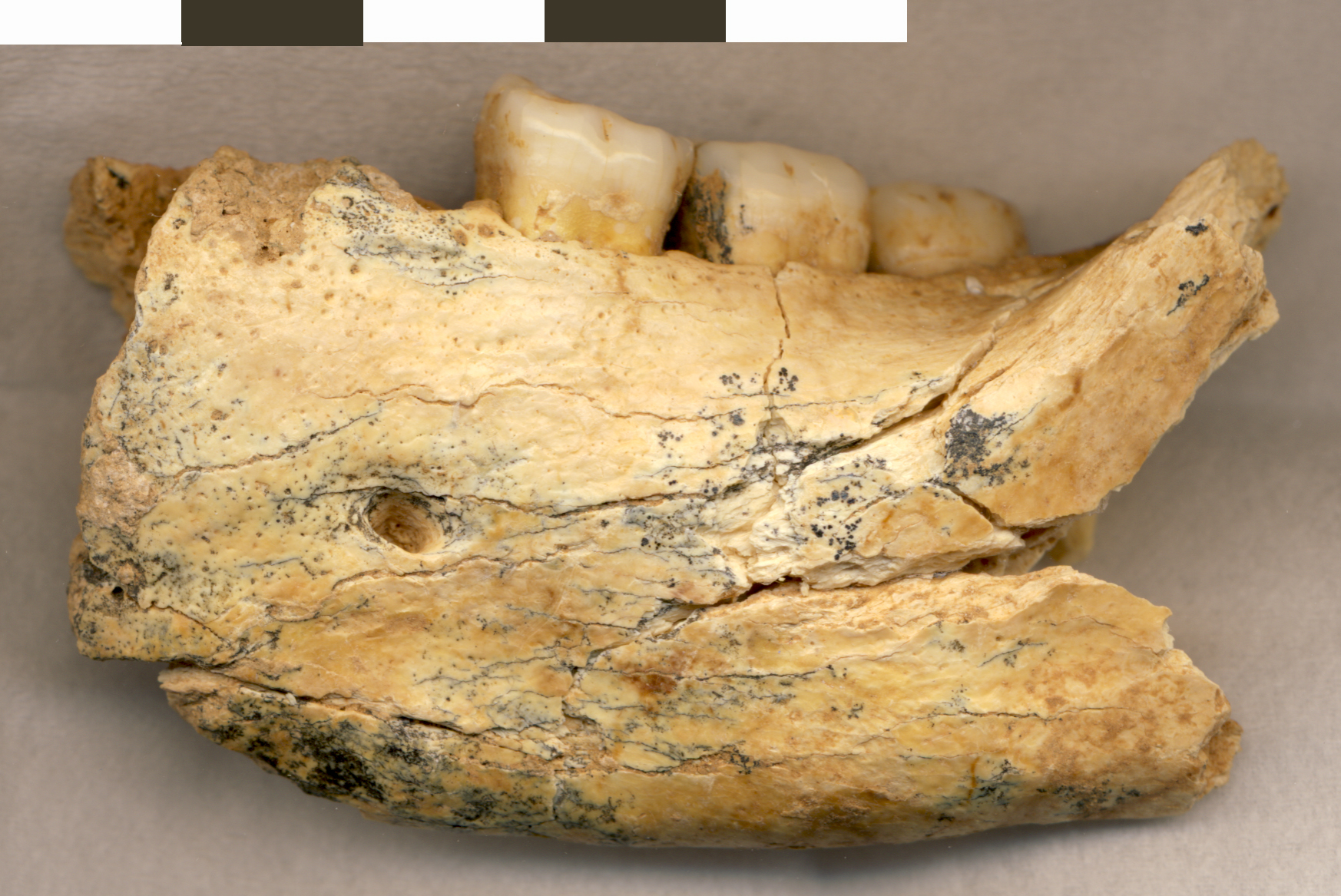 Scientists have unearthed a jawbone from an ancient human ancestor in a cave in Serbia.

The jawbone, which may have come from an ancient Homo erectus or a primitive-looking Neanderthal precursor, is more than 397,000 years old, and possibly more than 525,000 years old. The fossil, described today (Feb. 6) in the journal PLOS ONE, is the oldest hominin fossil found in this region of Europe, and may change the view that Neanderthals, our closest extinct human relatives, evolved throughout Europe around that time.

“It comes from an area where we basically don’t have anything that is known and well- published,” said study co-author Mirjana Roksandic, a bioarchaeologist from the University of Winnipeg in Canada. “Now we have something to start constructing a picture of what’s happening in this part of Europe at that time.”

In 2000, Roksandic and her colleagues began excavating a cave in Balanica, Serbia, that contained ancient archaeological remains. While they were away, rogue diggers secretly dug a deeper pit within the cave, hoping to do their own excavations. Because the site had already been disturbed, the team then decided to probe deeper below the pit’s bottom, Roksandic told LiveScience.

About 5.9 inches (15 centimeters) below the surface the team found an ancient jawbone fragment with three molars still intact.

Using several dating techniques, the team determined the fragment was definitely older than 397,000 years and perhaps older than 525,000 years.

The jawbone lacked several characteristic Neanderthal features, including distinctive chewing surfaces on the teeth that show up in Western Europe at that time. Instead, the fossil resembled the more primitive Homo erectus.

Back then, the cave may have been a hyena den, though the researchers can’t say whether a hyena actually brought the human remains into its den.

In the past, anthropologists assumed that Neanderthals were widespread throughout Europe, basing that assumption on Neanderthal fossils almost exclusively found in Western Europe, Roksandic said.

The new findings suggest that Neanderthals may not have evolved in this region of Southeastern Europe, at least during this time. Instead, during several ice ages, rising glaciers over the past eons cut off Western Europe from the rest of the continent, and this isolation likely contributed to the evolution of Neanderthals’ distinctive features from the more primitive Homo erectus.

Ancient humans in Southeastern Europe, by contrast, were never cut off due to rising glaciers.

“So there is no pressure on them to develop into something different,” she said.

But not everyone is convinced of this interpretation.

The jawbone may come from “an unusual individual in a population of which some others might be more Neanderthal-like,” said Fred Smith, a paleoanthropologist at Illinois State University, who was not involved in the study. “We would expect the population from this time period to show more variability.”