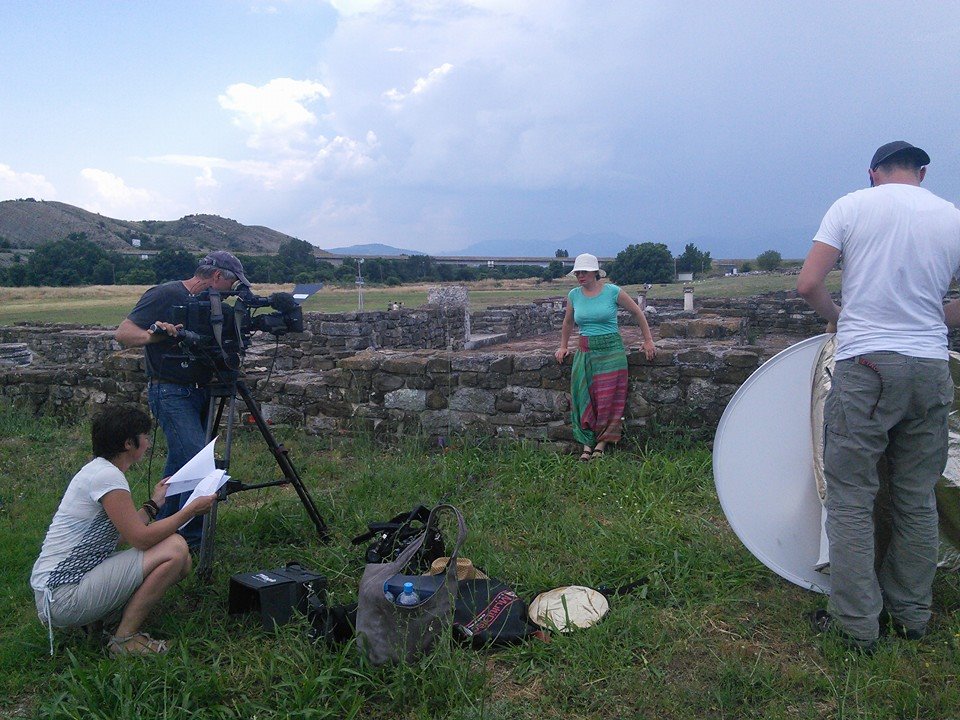 ARTE.tv the German/French production was shooting documentary about the Macedonian cultural/natural heritage and HAEMUS took part in it. The filming took place on June 11th 2014 at the archaeological site Stobi, which is open air museum and National Institution which works at preserving the cultural heritage of the site as well as of the region.

Our own Field Archaeologist and founder of HAEMUS, Ms Vasilka Dimitrovska MSc was the designated archaeologist and tour guide for the program, something which is part of her everyday work. HAEMUS would like to extend enormous thanks to the Agency for Promotion & Support of Tourism of the Republic of Macedonia for their support and contacts to enable HAEMUS’s cooperation with ARTE TV. 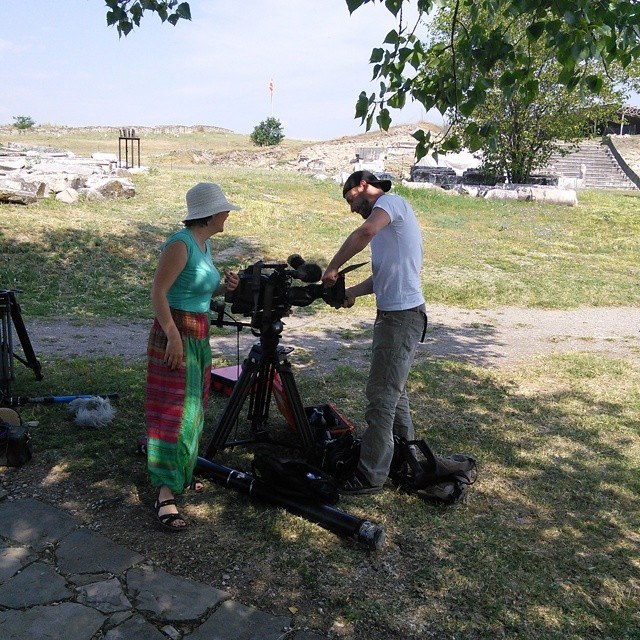 The documentary series about the natural and cultural heritage of all Balkan countries titled “The Balkan express” consist of 5 parts including Slovenia, Croatia, Macedonia, Serbia and Abania. The promotional documentary about Macedonian heritage was aired by ARTE TV  on 28.01.2016 and shooted by the director Mirjana Momirovic.

The video is copyright of ARTE.tv channel and it is used with the permission of the author Mirjana Momirovic