The remains of Stobi are located on the rivers Axios and Erigon. As considered by many explorers and travelers, this is the biggest and the most famous archaeological site in the Republic of Macedonia. Located in the heart of Macedonia, on the crossroads between the Aegean World and the Central Balkan, during the whole period of its existence it was a place where cultural achievements of the ancient world gathered in a unique way. Today, the remains of this famous archaeological site are equally easily approachable from the E-75 corridor of the international highway, thus making it very popular tourist destination in Macedonia. The nocturnal illumination of the city walls and preserved monuments, additionally emphasize its beauty and attractiveness.

The ancient town of Stobi was mentioned for the first time in 197 B.C., but the beginnings of the town can be traced back at least 400 years earlier and also there are traces from prehistory in the vicinity. The old city of Stobi “…Stobis, vetus urbs…”, as the Roman historian Livy named it, at the confluence of rivers Crna and Vardar, was the largest city in the northern part of the Roman province Macedonia, later capital city of the Roman province of Macedonia – Secunda, an important urban, military, administrative, trade and religious center of two large empires: the Roman and Early Byzantine.

The preserved buildings of the town include a theater built in the 2nd century A.D., luxurious palaces with fountains and mosaics, as well as church buildings of the basilica type with floor mosaics, wall mosaics and fresco-paintings. The Partenius’ palace, where Emperor Teodosius was a guest in 388 A.D. and the Peristerius and Partinius palaces are also of exceptional beauty.

Tour: A a half day tour throughout Stobi with licensed guide, includes some of the monumental objects such as: the Northern Basilica, the Central Basilica, the Synagogue, the House of the Psalms, the Public Fountain, the House of Peristerius, the Palace of Theodosius, the House of Partenius, the Episcopal basilica and the residence, the public fountain, the Large and the Small bath, the Casino, the Building with arches (Roman forum), the streets that intersected the city and the Theater.

The Episcopal basilica – This is the most significant Christian building in Stobi, built in the 4th century, which makes it the oldest church in R. Macedonia. The preservation of the frescoes from the 4th century, on the south and north wall, are unique, and the mosaic floor depicts animals and geometrical motifs.

The House of the Psalms – This house is also known as the House of the Psalms due to the mosaic floor divided in a couple of zones, of which the most significant of all is the zone where psalm 42 is illustrated. Probably the house was erected in the 2nd century during the period of the Synagogue and in the beginning it was used for that purpose.

The House of Peristerius – This was a large living complex for several families and had shops. The central part is a courtyard, in the eastern part there are floor mosaics and in the middle there is a marble fountain. The complex dated between 4th and 5th century.

The Theodosian Palace – The most representative residential building in Stobi is located in the center of the town, between the streets of Via Principalis Inferior and Via Principalis Superior. The name was applied by the assumption that the emperor Theodosius I was accommodated here during his visit of Stobi in 388 AD.

The streets – A few streets that intersected the city were discovered in Stobi: the Sacra, Via Principalis Superior and Via Principalis Inferior, Via Theodosia and Via Axia. Some of the streets are still covered with sandstone slabs.

The Building with arches (the Roman forum) – This object was erected in the 1st or 2nd century AD. It has a rectangular plan with two apsidal halls on the western side. The walls are made of tiles and stone with massive pilasters connected by arches. It is still not completely excavated, and was probably located close to the town’s forum.

The Theater – The first phase of this object dates from the end of the 1st century and in the middle of the 2nd century the theatre construction was restarted, with a different concept. The seats were grouped in 33 – 35 rows, divided in two zones and calculations suggest the auditorium could have accepted 7 600 spectators. 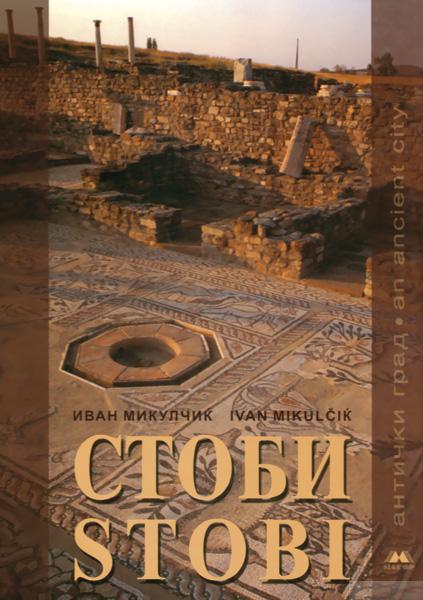 Book a tour, or contact us in the following ways: