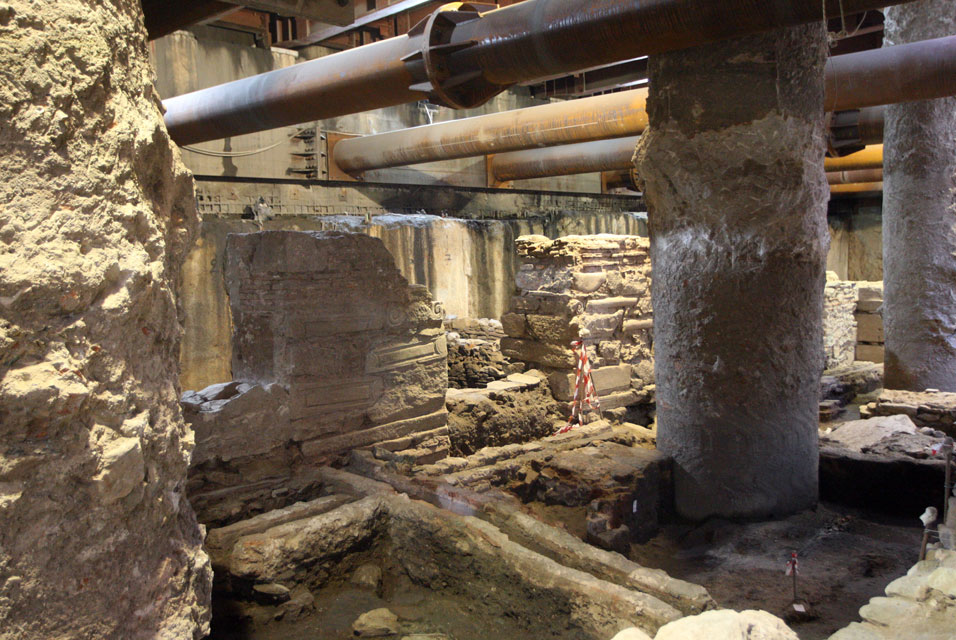 Archaeologists in Greece’s northern metropolis Thessaloniki were already overjoyed in 2006 when a 2,300-year-old avenue was found during construction work on the city’s new underground rail network.

But a decision to keep in situ the superbly preserved ancient neighbourhood described as “Thessaloniki’s Pompeii” has been hailed as a major win for preservationists in the cash-strapped country that has been forced to make unprecedented cuts to cultural spending.

“This is a great victory,” says Aristotelis Mentzos, a professor of Byzantine Archaeology at the city’s Aristotelio University. “Such finds exist in other Roman cities but what they lack is duration of continuous use,” which in the case of Thessaloniki was unbroken for seven centuries, Mentzos told AFP.

The rescue excavation has unearthed significant evidence of the city’s urban life between the fourth and nine centuries AD, five metres beneath the city’s modern highway. In addition to a 76-metre (83-yard) stretch of marble avenue (decumanus) originally paved in the third century BC that led to the harbour, there is a monumental Roman-style gate and the remains of public buildings, offering a rare glimpse into social, commercial and daily life during the early Byzantine Empire. “This was a central crossroads where the city’s central market and public buildings were located,” said Despoina Koutsoumba, head of the association of Greek archaeologists. “The area has retained the same character today, it remains the heart of the city’s society,” she said. Several contemporary texts from lay and ecclesiastical authors specifically refer to this ancient avenue, known at the time as Thessaloniki’s ‘Middle road’. Bustling with merchants and travellers by day, by night it was given to religious processions of holy icons and relics, a common practise during the Byzantine era. To the archaeologists’ shock, the state company overseeing the underground rail construction demanded that the avenue and buildings be uprooted and relocated, deeming their preservation “technically unfeasible.”

“Can you imagine moving the Eiffel Tower or Big Ben from their original place?” the archaeologists said in a petition signed by over 12,000 people, including many prominent academics. With the help of the city’s local council and the university, which put forward alternative technical studies, the rail company backed down. The current plan envisages retaining up to 84 percent of the finds in place, where a rail station is to be built. Working ahead of the rail construction drills, archaeologists have recovered over 100,000 objects in the area, including over 50,000 coins.

Vessels, lamps, vials and jewels of various types have also been found — in keeping with the area’s trading character — in addition to 2,500 graves of Hellenistic and Roman times. A key Balkan port fought over by Greeks, Romans, Slavs and Turks for centuries, Thessaloniki was founded in the fourth century BC by king Cassander of Macedon, who named the city after his wife, the sister of Alexander the Great. It was later home to a prosperous Jewish community that was eradicated during Greece’s occupation by Nazi Germany during the Second World War.

The city’s metro was originally budgeted at over a billion euros ($1.3 billion) for a 9.6-kilometre (5.9-mile), 13-station network with completion forecast in 2012. It is now slated to be operational in 2016. There are plans to expand the network to 35 kilometres and 35 stations overall, accessing the city’s suburbs and airport in 2020 at a cost of 4 billion euros.