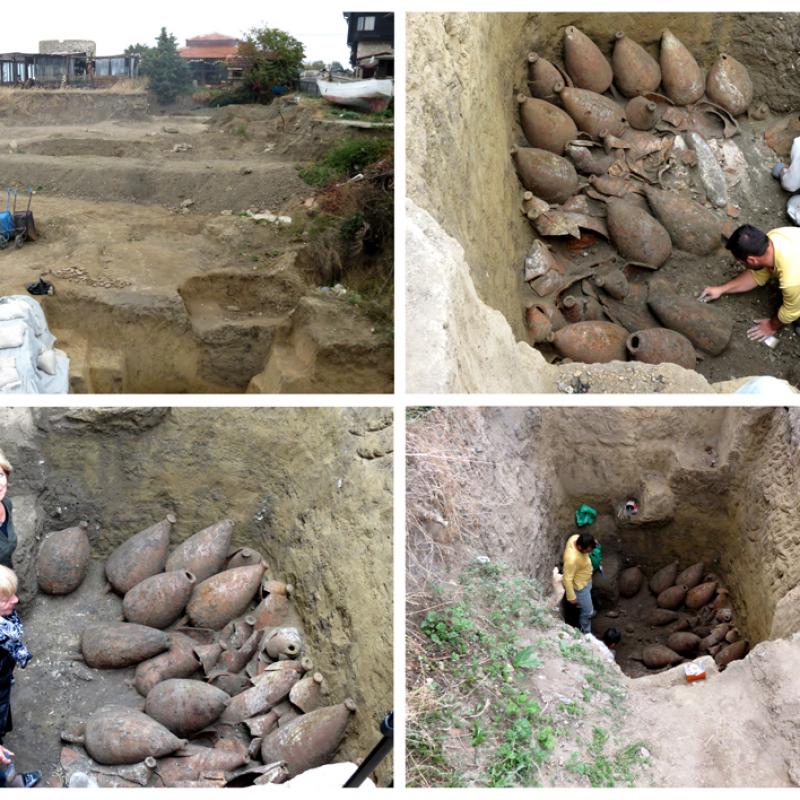 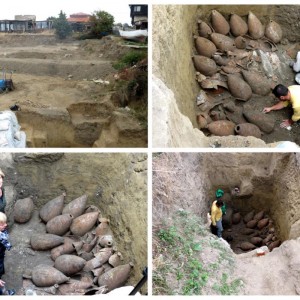 A team of archaeologists, headed by Associate Professor Aneliya Bozhkova with the National Archaeological Institute with Museum with the Bulgarian Academy of Science, and Petya Kiyashkina with the Ancient Nesebar Museum, discovered a perfectly preserved cellar with amphorae from the V BC, over the last days of the archaeological excavations in the Bulgarian coastal town of Nesebar, the press office of Nesebar Municipality announced.

The research is organised under a project of the Ancient Nesebar Museum, financed by the Ministry of Culture, with the participation of experts in archaeology.

The ancient amphorae warehouse was dug in deep into the ground along the northern coast of the peninsula, which preserved it from the encroachment of time and the following cultural layers.

The cellar is 2.60 x 2.50 meters big and belonged to a house, which was destroyed yet in the V BC. Archaeologists found more than 30 untouched amphorae – ceramic vessels for transportation and preservation of wine and olive oil. The amphorae are 0.70-0.80 centimetres tall. They used to be produced in big ancient Greek workshops and transported wine from prominent producers and importers, such as the islands of Chios, Lesbos, Thasos and others.