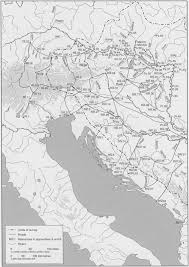 The purpose of this book is to present in summary form the present state of knowledge of the Roman Danube in the light of recent research and archaeological discoveries. The river itself is the core, as it was for the Roman presence in Central and Eastern Europe from early in the first century A.D. to the last decades of the fourth century. In its long course from its confluence with the Inn at Passau, the point from which it assumes its dominant role, to its delta on the Black Sea, Europe’s greatest river impinges on the terri tory of several modern states ? Austria, Slovakia, Hungary, Croatia, Serbia, Romania, and Bulgaria, to which can be added Moldova, Ukraine, and Russia, where the Roman presence was extended along the coast north of the delta as far as the Crimea. Within the Empire the limits of this survey are the southern boundaries of the middle and lower Danube basins, the eastern Alps, the Dinaric and the Balkan mountains. As a result, except for the passages of the major roads to the Danube, little attention is given to those areas south of these limits that belong more to the Mediterranean, Adriatic Dalmatia, Macedonia, and Thracia south of the Haemus (Stara planina). Within these limits lie the Roman provinces of Noricum, Dalmatia north of the watershed, Pannonia, Moesia, both later divided into Superior and Inferior, and Dacia beyond the Danube. Except for Dacia, bounded on the north and the east by the ring of the Carpathians, the river formed the northern limit of these provinces and for Dacia its southern boundary.

This survey, though inevitably far from comprehensive, seeks to report the significant advances in research and major discoveries in several countries that have experienced major political changes in the last twenty years. There are signs everywhere to encourage the hope that over the next twenty years our understanding of the Roman Danube will be much improved, compared with that which is presented here.