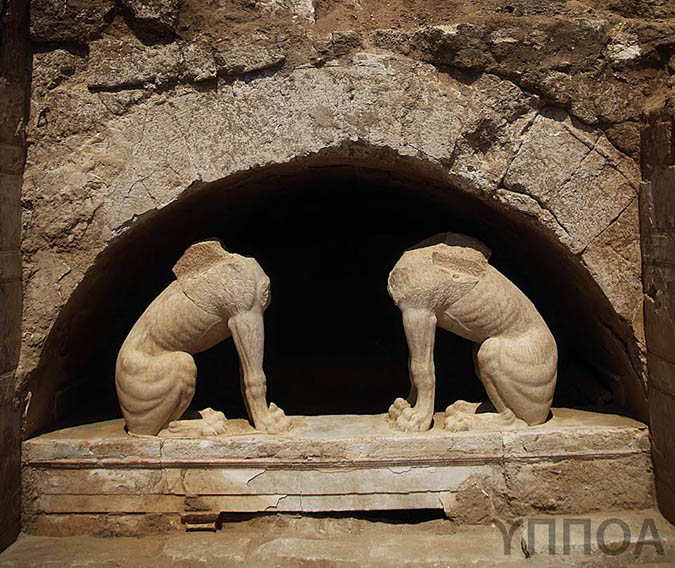 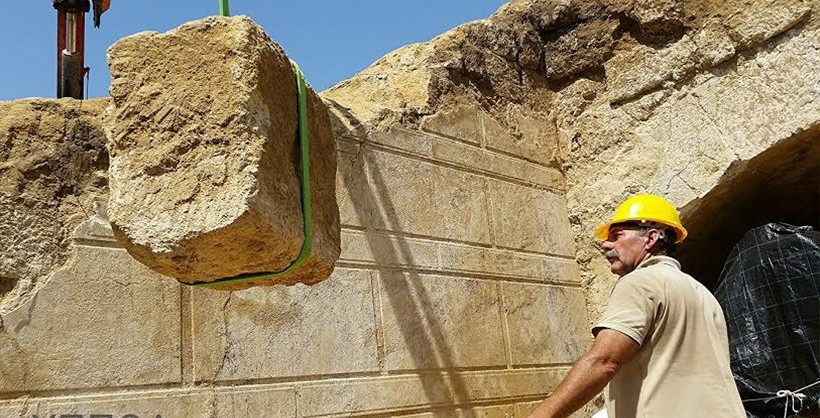 New, important discoveries have been brought to “light” today’s excavations in a funerary monument, the tomb of the caste KH Prehistoric and Classical Antiquities, in Amphipolis.

After the removal of the marble slabs of the monument, which revealed the entire marble sphinxes, found at the entrance to the tomb, on Thursday the archaeligists removed with extreme caution soils which were behind the statues, at a depth of about two meters and wide analog to the entrance of the tomb (4.50 m). 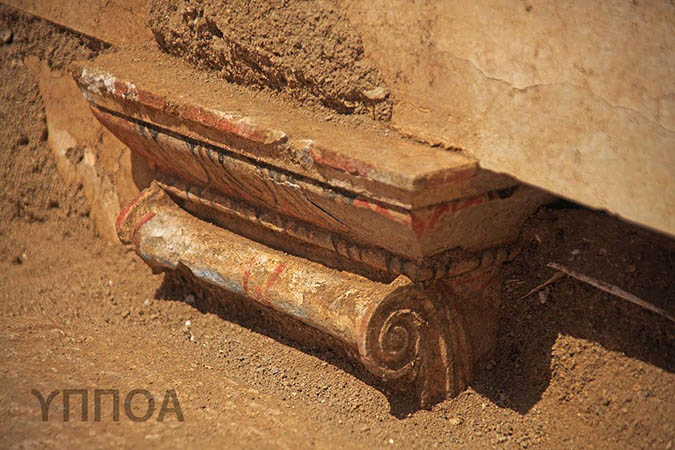 The archaeologists continued their work by removing five of the blocks from the sixth row of the wall sealing by using mechanical means and after the removal was revealed beneath the base of the Sphinxes, the upper portion of the marble doorways.

According to the archaeologists, it was covered with fresco in imitation of Ionic architrave and is decorated with red, blue and black color.

Also, under the Ionic architrave, two Ionic capitals of engaged pillars of the pilasters of the door were also revealed covered with fresco and painted in the same colors.

The work will continue tomorrow with priority the fixation and maintenance of the current findings. Earlier today the Minister of Culture Mr. Kostas Tasoulas stated that “very soon we will have a full picture of the inside of the tomb”, it is estimated to take about to weeks. Finally, the Ministry of Culture announced that the incumbent manager NNGS SA (DESFA) will allocate € 30,000 in order to assist the major archaeological investigation.