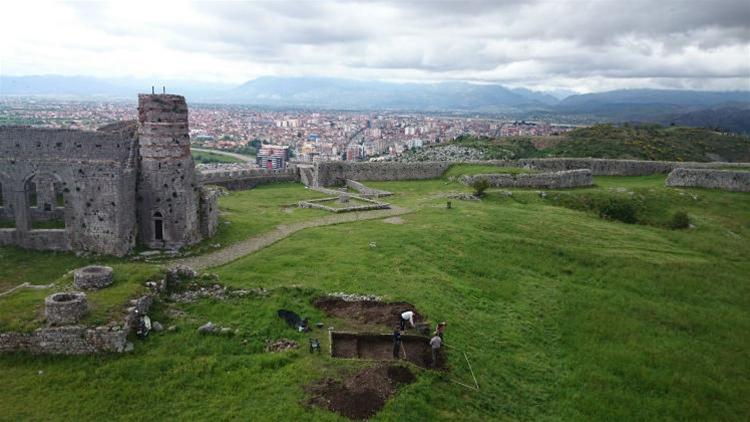 Polish archaeologists discovered a fourteenth-century bath in northwestern Albania. This is the oldest object of this type studied so far in Albania – told PAP Prof. Piotr Dyczek of the Antiquity of Southeastern Europe Research Centre of the University of Warsaw.

The greatest discovery this year was Turkish bath – hammam, with central heating system. Buildings of this type became common in the Ottoman Empire in the fifteenth century. “Our object seems to be a hundred years older – believes Prof. Dyczek. – We know very few early hammams. This makes our discovery even more interesting, because it allows to see how the old Roman idea of hypocaust, which is a system of heating the floors and walls of buildings with hot air, was adapted by the Turks”.

The first, most important room is the open bath has the shape of semicircle. The room floor was supported by a dozen or so solid bricks with stone slabs on top. The hot air from the furnace fires entered a small vaulted atrium, where the convection and temperature equalization took place. Then it would flow through four channels under the floor. At the floor was also probably a heated platform and hot water tank, the researchers speculate. The water was taken from cisterns, also discovered by Polish archaeologists, and then poured into the tank, from where it flowed through ceramic water supply system placed in the hypocaust system. There it was heated and returned to the utility part of the bath.

“This intricate, ingenious system proves that the Turks did not simply copy the Roman original idea, but it also intelligently modified it” – said Prof. Dyczek. 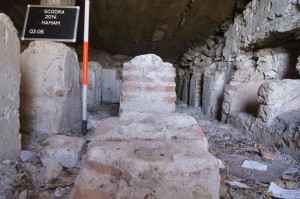 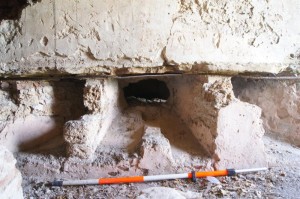 In turn, in the ruins of one of the studied Turkish houses (17th-18th century), archaeologists discovered a large collection of almost thirty bulky glass bottles – aryballoi. Some of these were made of dark glass, others of coloured glass. “It was an attempt to imitate the more expensive vessels cut from coloured stones. Regardless, glass vessels were not cheap either”- said Prof. Dyczek. The researchers speculate that the discovery was made in the ruins of the place where the residents of Shkodër purchased all sorts of perfumes.

Another important discovery made in Shkodër by the Poles this year, important for the early stages of development of the city, was locating the original Hellenistic city centre from the third century BC.

“Now we know the location of the highest part of the fortress, with the Hellenistic structures. We have located parts of two walls made of large hewn stone blocks, so-called Cyclopean wall” – described Prof. Dyczek.

In these ancient layers, archaeologists stumbled upon a rare find: a completely preserved bronze sacrificial plate used in worship. Inside the vessel, the remains of the last sacrifice have been preserved to our times: fragments of animal bones and ashes.

Ancient Scoder (current Shkodër) is located on the shores of the Lake of Shkodër. It is one of the most important places for the history of Illyria, as well as the entire Balkan area. Since Neolithic times it was an important and rich settlement at the crossroads of important land and water routes. The peak of its splendour falls on the Illyrian times (4th – 2nd century BC). During that period it was the capital of the kingdom. Shkodër has not yet been a subject of comprehensive excavation. That is why today we know practically nothing about the Illyrian and Roman history of the city, although it is mentioned in numerous antique written sources. This year’s excavations took place in May and June.