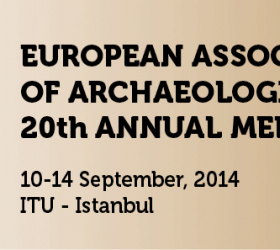 on Mar 11, 14 • by Haemus • with Comments Off on HAEMUS will take part at the upcoming EAA conference 2014 in Istanbul


Members of HAEMUS will take part at the upcoming European Association of Archaeologist‘ 20th annual meeting, scheduled for September 10-14, 2014, at at the...
Pin It

Members of HAEMUS will take part at the upcoming European Association of Archaeologist‘ 20th annual meeting, scheduled for September 10-14, 2014, at at the Istanbul Technical University, Istanbul, Turkey.