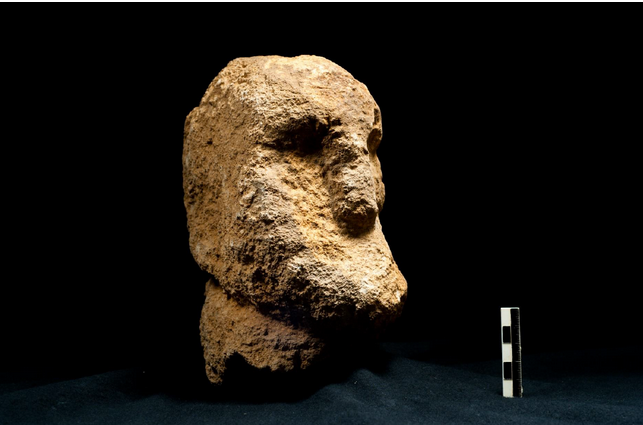 TURKEY – Göbekli Tepe in south-eastern Turkey, is one of the most exciting and historically significant archaeological sites currently being excavated anywhere in the world. Dating to the earliest Neolithic period, its significance is demonstrated by its construction implying organisation of an advanced order not previously associated with early societies. Göbekli Tepe has been interpreted as the oldest human-made place of worship yet discovered. The Global Heritage Fund (GHF), the non-profit organisation working to protect, preserve and sustain the most significant and endangered cultural heritage sites in the developing world, has been working at the site to support the preparation of a site management plan and conservation plan, the construction of a shelter over the exposed archaeological features, training local community members in guiding and conservation and aiding Turkish authorities in securing World Heritage Site inscription. Here is a summary of the activities taking place at the site that GHF has shared with NiC.

Today, Göbekli Tepe has become a major factor in the development of the Urfa region. The rising public interest is reflected in a growing stream of visitors on-site. For this reason, it has become essential that adequate facilities are provided for the visiting public and sufficient measures are taken to ensure the protection and preservation of the ancient structures. Plans have been made to cover large parts of Göbekli Tepe with protective shelters, which will also feature so-called walking floors that will provide visitors with contact-free access to the archaeological site.
Work carried out throughout 2012-13 focused on building the proposed shelter structures.

In 2010, the architectural committee working for the site (DAI) decided to erect a shelter designed by the architects Koblitz-Kleyer and Freivogel from Berlin. As the necessary planning and building process was expected to take several years, it was also decided that a temporary shelter should be installed comprising a wooden superstructure supporting a wooden roof covered with roofing felt. The upper (external) surface of the roofing felt was reinforced by a layer of green sand and to make it completely waterproof. Finally, a V-shape gutter was installed to ensure sufficient drainage. As the architectural structures exposed in the southern areas are extremely unstable and fragile it was decided that construction work should only be undertaken by the trained and experienced workmen from the excavation. These workmen are accustomed to moving around the prehistoric enclosures without causing damage. No one else was permitted to enter the excavation area during the construction.
Fire resistant paint will be applied to the wooden parts of the shelter in spring 2014. The final shelter will be a steel construction; the membrane itself will be fire resistant. After the erection of the permanent shelter the wooden temporary structure will be removed completely. 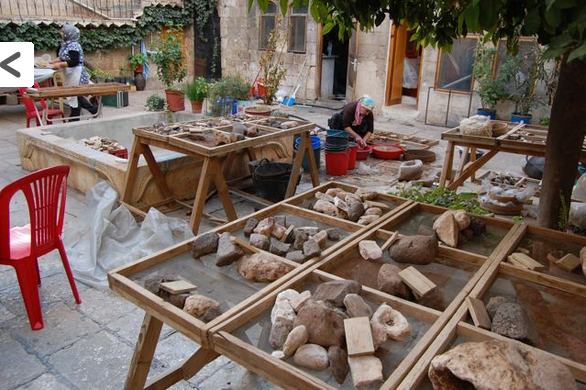 A new Visitor Centre was erected by the government in 2013 and is situated at the entrance to the archaeological area. Its doors are expected to open officially in spring 2014. The visitors’ centre includes a cafeteria, several shops and rest rooms. A shuttle service will also be installed to reach the excavation area.

Clearing the site from vegetation is an important part of every excavation season as every spring the site is covered with scrub and grass. This is important because it reduces the risk of fire when the plants are getting dry in late spring.

Fire resistant paint will be applied to the wooden parts of the shelter in spring 2014. The final shelter will be a steel construction; the membrane itself will be fire resistant. After the erection of the permanent shelter the wooden temporary structure will be removed completely.

Since the beginning of the Göbekli Tepe project, the local community has been a key resource and have been very much involved. Following from previous years, in 2013, some 40 workmen from the village of Örencik, were employed at the excavation site. Similarly in 2013, four guards were employed for the entire year at the site. Three guards from Örencik village work at the site permanently and one guard from Urfa resides at the excavation house in the Camii Kebir Mahalle in the old town of Urfa, where the project depots are located. During the working seasons, a driver and a cook, together with two women assisting him are employed in the excavation house. All are local people from Urfa.

For more information about the progress of this project visit: http://globalheritagefund.org