Members of HAEMUS participated at the international workshop ‘Tracing pottery making recipes in the Balkans, 6th – 4th millennium BC‘. The event took place on September 19-20.2014 at the Serbian Academy of Science and it was organized as collaborative activity between the UCL Institute of Archaeology and the Institute for Balkan Studies (Serbian Academy of Arts and Sciences), with the generous contribution of the Institute of Archaeometallurgical Studies (IAMS). 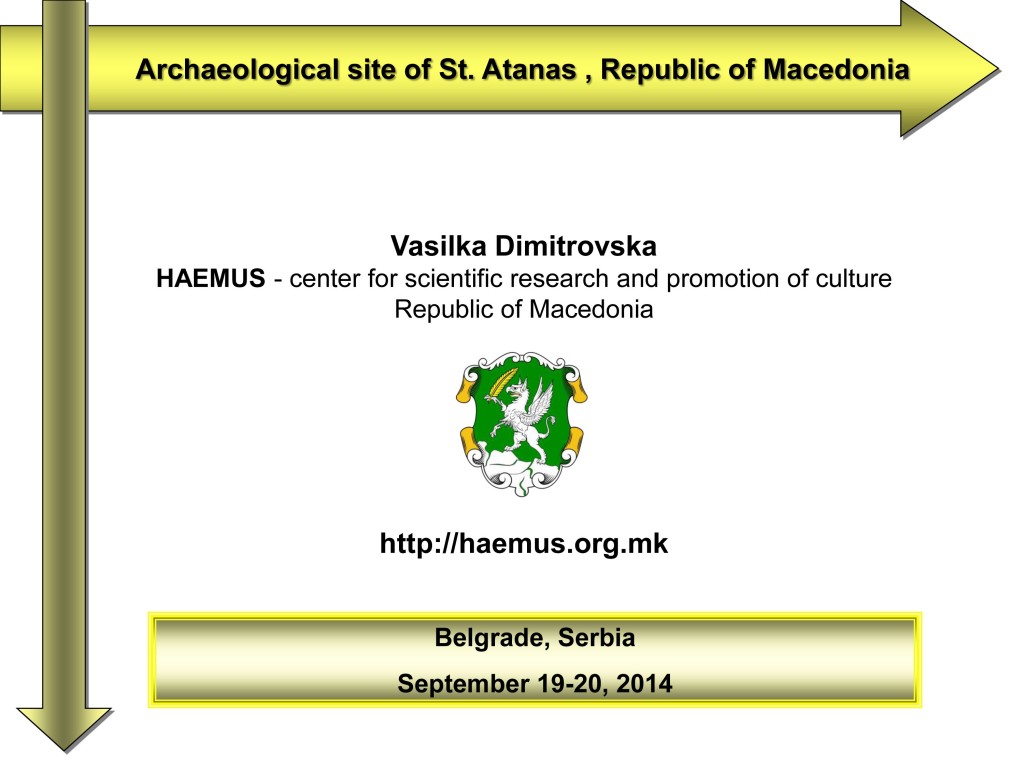 Workshop concept was the Neolithisation of southeast Europe, which is one of the most dynamic periods in European prehistory, including, amongst many other features rapid developments in pyrotechnologies, particularly pottery and metal making. These developments, roughly placed between c. 6500 – 4000 BC, blend into the Chalcolithic period and are characterised by very high standards of pottery firing and decoration techniques. Pottery assemblages are abundantly preserved and lay the foundation for our understanding of the cultural developments at the time. To date, pottery studies in the Balkans are mostly dominated by extensive typological classifications, which are used as the main evidence for differentiation among various co-existing cultures in this area from the 7th to the 5th millennium BC. Although broad regional pottery typologies charts shaped our initial understanding of cultural manifestations and developments, a more nuanced approach to the knowledge and skills behind pottery making is now needed to provide a deeper understanding of both technology and its place within broader social and environmental spheres at the time.

This international workshop aims to gather archaeologists and scientists working in the field of pottery technology studies from the Balkans, and beyond, in order to exchange ideas, investigate the current state of art in the field and establish an interdisciplinary network of scholars with an active interest in this topic. In recent years there has been an increasing number of attempts to shed new light on early pottery production in the Balkans by applying interdisciplinary methods and investig ating technological choices and recipes in the production process. Accordingly, the number of researchers exploring the potential of archaeometric studies of pottery technology in the Neolithic and Chalcolithic Balkans has significantly increased. Facilitating their communication is now a priority for the future of pottery research in the area.

The emphasis of this international event is on gathering emerging scholars (PhD students and junior researchers) with a selected number of senior colleagues, and provide a much-needed opportunity to exchange ideas and discuss prospects of future cooperation. One of the main workshop outcomes would be the first ever publication on the studies of pottery technology in the Balkans. Therefore, the main goals of this gathering are:

1. Sharing results of current research on the development of pottery technological traditions in the Balkans from c. 6500-4000 BC. 2. Discussing advances in methodological approach. 3. Investigating the potential for future interdisciplinary research on the Balkan Neolithic and Chalcolithic pottery.