The Ancient  city of Heraclea Lyncestis is situated on the south side of the city of Bitola, in its immediate vicinity. The antique ruins of Heraclea provoked scholarly interest in the early 19th century. Diplomatic representatives were especially active in this domain, and this site was an important part of their daily activity.

The favourable geographic features and historical circumstances contributed to the superiority of Heraclea during the Antique period.The city lies in a fertile plain, in the ancient region of Lyncestis, protected from the north by Mt. Baba and the small river Siva Voda on the south. From time immemorial, a road (known as the road of Candavia) led through it which, during the Roman period, substituted the most famous road of the classical epoch, the Via Egnatia that linked the Adriatic and Aegean coasts. It was recorded as an important stop in a number of itineraria, such as Itinerarium Antonini and Itinerarium Birdigalense, while in Tabula Peutingeriana and the anonymous geographer of Ravenna refers to it as a stop on the road Heraclea-Stobi.

The emergence of this, the most important city in Ancient Macedonia, is linked with the name of Philip II of Macedon, in mid-4th century BC. Towards the middle of the 2nd century, the Romans conquered Macedonia and subdued its political power, turning it into a province and partitioning it into four regions. Despite such a situation, Heraclea, which became part of the fourth region, experienced a degree of prosperity. In the first three centuries of the new era, it acquired the status of a Roman colony. This is confirmed by an inscription on a marble base dating from the 3rd century AD , which includes a reference to the name of Septimia Aurelia Heraclea.

In terms of its physiognomy in the Roman period, several structures from the 2nd century AD have been discovered that convey the spirit of the times: the Thermae, the Portico of the Court House with an impressive framed inscription from Hesiod’s Works and Days, and the ingenious feat of Roman architecture, the Theatre, where the strict construction rules of Vitruvius are incorporated to perfection. It is a relatively small structure (twenty rows of seats) which could take in 2,500 spectators, with the Nemesion above the uppermost row.

Heraclea experienced its most glorious period and flourishing when it stepped on the path of the cross and became a prominent Episcopal See. The reference to the bishops (Eugarius, Quintilius and Benignus from the period between the 4th and 6th centuries AD ) and their participation in the church councils, as well as the ensemble of the unique architectural achievements, the Small Basilica, the Great Basilica, the Episcopal Residence and the City Fountain built by Bishop John on the occasion of the 35th anniversary of the reign of the energetic Emperor Justinian clearly testify to this fact. Perhaps the most mystifying and most impressive feature of Heraclea are the floor mosaics done in a variety of techniques (tessalatum and sectile), which cover the surface of ca. 1,300 m2.

All the mosaics in Heraclea possess unique beauty, but the masterpiece of Early Christian art is the floor mosaic in the narthex of the Great Basilica. It is a genuine testimony to the Christian faith; in its symbolic language we can identify the ancient alphabet of the Christian religious system. The city of Heraclea did not enjoy long the fruits of its Golden Age. The dark age of barbarism came about with the onslaughts of Avars and Slavs. They did not settle it, but scattered around it and interrupted forever the city’s urban life that had gathered all kinds of experiences over the centuries. 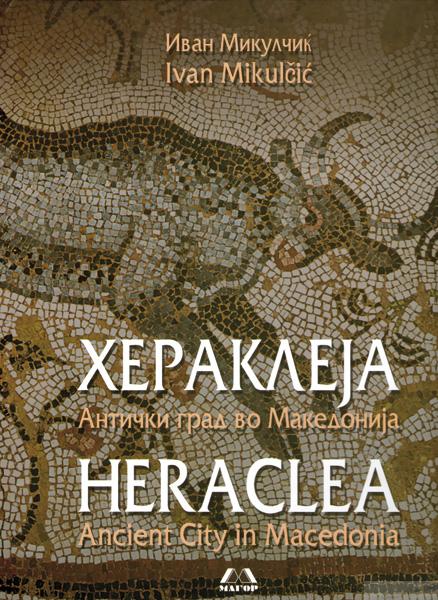