Via Egnatia is known as a significant antiquity regional road which connected the Roman imperial centre with the Balkan Peninsula hinterland and asia Minor, i.e. it connected the city of Rome with Constantinople. It is a actually a large reconstruction of the already known prehistoric trade road known as Candavian road (the name was given because of the Candavia mountains, the old name for the mountain ridge of the current Jablanica and Mokra Mountain, as well as the mountain ridges that came close to the Pindus mountain).

The reconstruction of this road communication route around year 130 BC when Macedonia was a Roman province for already twenty years, and it was named according to Gn. Egnatius, the head of the reconstruction of this regional road. It connected Rome with Brindisi on the west coast of the adriatic Sea, and then it continued to durres (dyrrachion) on the east coast of the same sea, via lychnidos (Ohrid), Heraclea (at Bitola), Pella and Thessalonica to Byzantion in asia Minor. This road had a great military, trade and cultural significance at the time of the Roman expansion, but also before that. 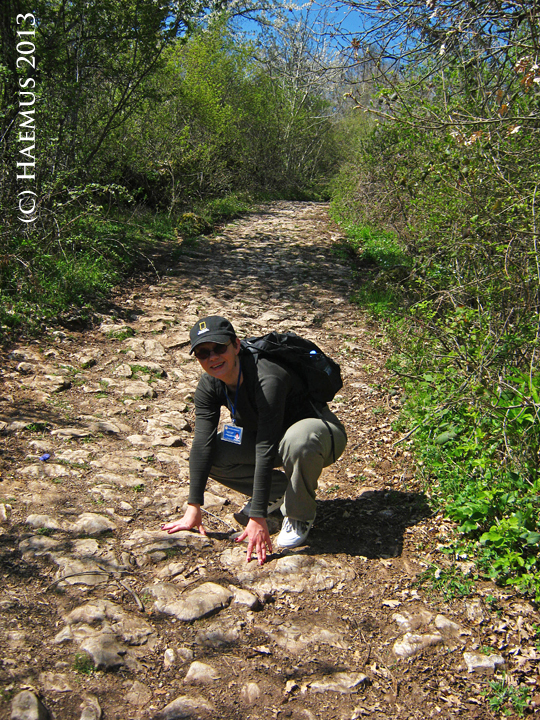 Vasilka Dimitrovska, co-founder of HAEMUS, above the remains of the ancien regional road Via Egnatia at the village of Radožda, Struga

The stations of Via Egnatia were noted in several old itineraries: Itinerarium antonini, Itinerarium Burdigalensis and Tabula Peutingeriana. On the territory of the Ohrid region, part of this road has been preserved on the hilly part west of the village of Radožda, on the west coast of the Ohrid lake, 2.50 m wide. The road was built of amorphous stones with various dimensions, mad smooth from usage, and at times there are remains of the edges made of larger stone slubs. Near the last village houses of Radožda the road is lost, but it is assumed that it went towards the lake, along the very coast of the lake (now under the water level) and that it connected Lychnidos (nowadays Ohrid) to the rest of stations along this road. 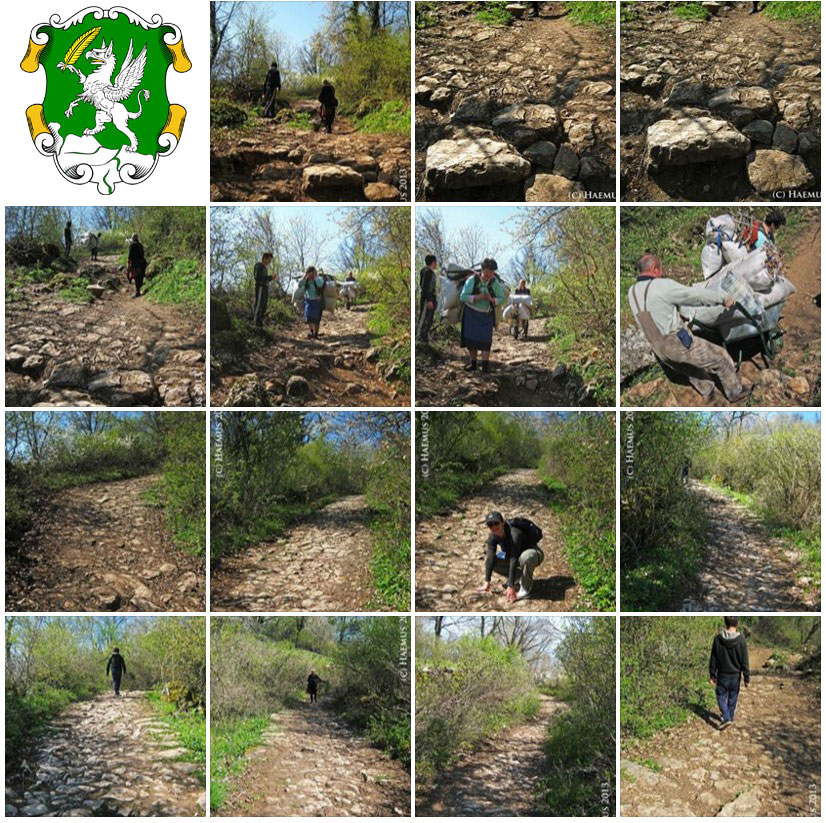 If you want to book a tour, you can click here or contact us in the following ways: