The site of Vardarski Rid near Gevgelija is a space that was intensely settled for approximately one thousand years, throughout the 1st millennium BC. It is centrally positioned, situated in a dominating and strategically important area, above the Vardar Plain, the city of Gevgelija and the valley of the Vardar. It consists of two rocky hills, one higher and steeper (Hill1) and the other, lower and less steep (Hill 2), joined with a slightly depressed saddle, overlooking on the one side the river bed of the Vardar, and on the other, the present-day city of Gevgelija. 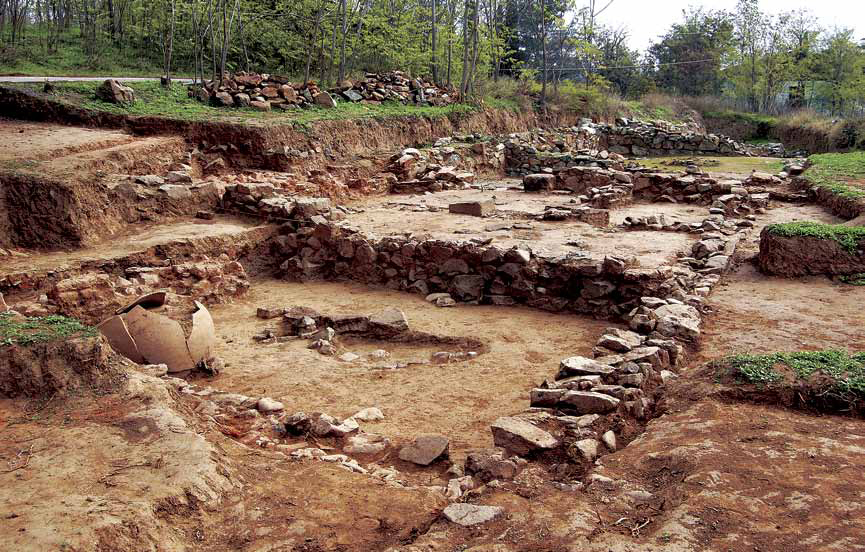 The remains of the last two settlements (VR V and VR 6) reflect the way of life in Early Antiquity and culture on Vardarski Rid. They represent an expression of genuine urban life in urban settlements. The first such settlement existed in the second half of the 5th and during the 4th centuries BC (VR V): this was, in fact, the earlier Macedonian city on Vardarski Rid. The structures from this settlement were mainly concentrated on Hill 2 and the surrounding slopes. The settlement developed through three building phases. The most representative and, at the same time, the most significant structure in this settlement is the monumental city stoa from the 4th century BC. It is highly probable that the city was destroyed during the raids of the Celts. The aggressively and simultaneously demolished structures bear witness to these events, as well as the hoard with 51 silver tetradrachms discovered in a ceramic vessel built into one of the structures from layer 5. Most of the coins (45) are tetradrachms of Alexander III , while the earliest in date are the two silver coins of Seleucus (312-280). 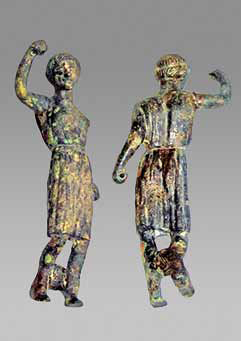 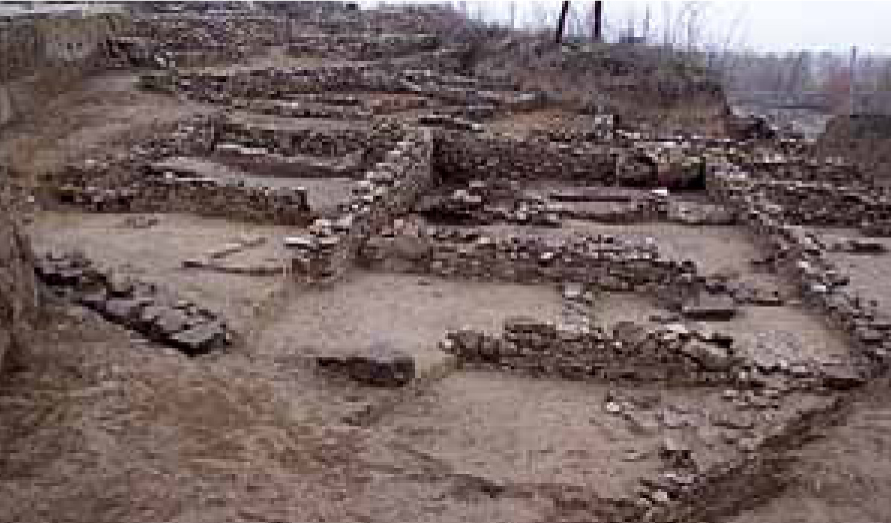 With the exception of certain random Neolithic finds, it is evident that Vardarski Rid was first settled towards the end of the Bronze Age, on the east slopes of Hill 1. Remains of a settlement dated to ca. 13th century BC (VR II ) have been discovered directly on the rocky basis of the terrain. On the opposite side of this hill (Hill 1), burials from this settlement have been discovered, with cist graves made of common stone or in large ceramic vessels, with the inhumation of the deceased in a contracted posture. After life ceased in this settlement, it was not interrupted, but continued on another site, as new circumstances and conditions of life in the Iron Age emerged, in the saddle between the two hills and along the entire length of the East Terrace (VR III ). During the advanced Iron Age (7th to 6th centuries BC), life on Vardarski Rid continued with a new settlement (VR IV) with much greater intensity The inhabitants occupied the entire space on which life in a settlement could be organized. In addition, numerous necropolises were formed around Vardarski Rid itself (Milci, Suva Reka, Paragon, Raul), in which 200 graves have been discovered, all dated to the7th and 6th centuries BC. 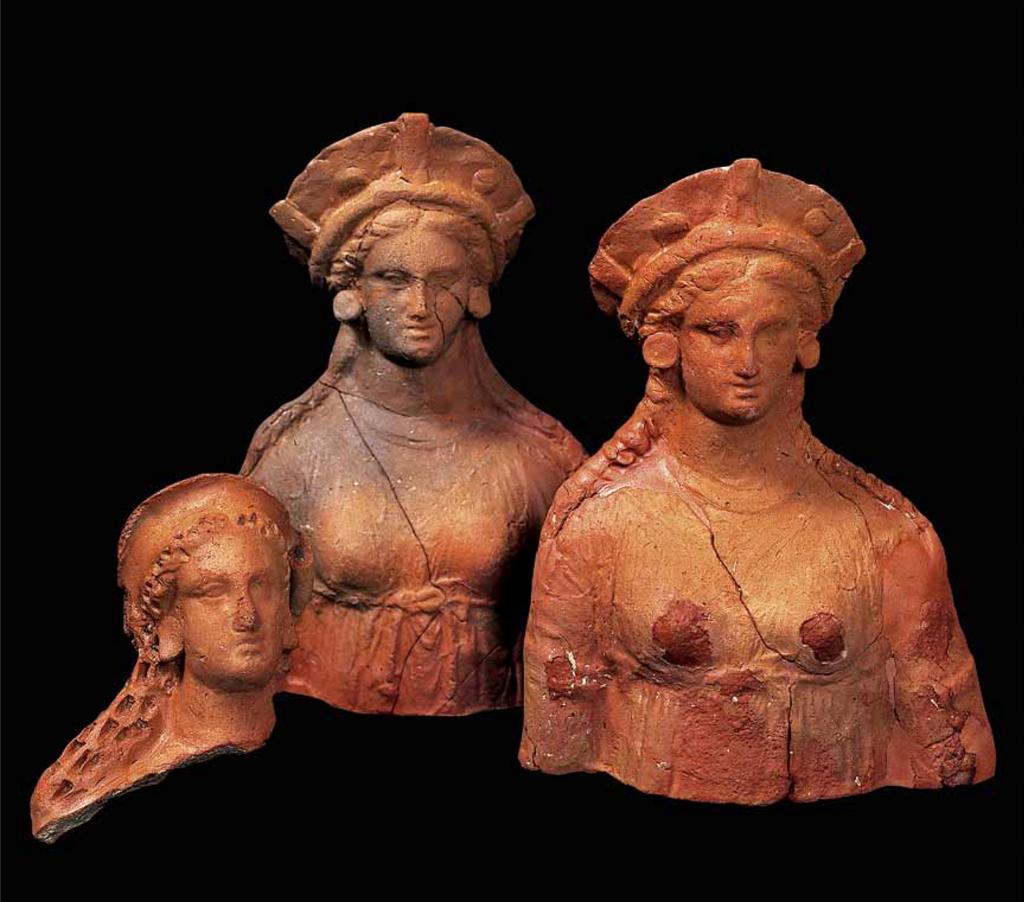 The last or the sixth settlement on Vardarski Rid is, in fact, the later Macedonian city from the pre-Roman period. Although it testifies to the fact that the life of the previous settlement continued, it is nevertheless an example of the new urbanization in a fairly wider area, with new architecture and new cultural content, with coins from all Macedonian rulers after Alexander III , through the so-called autonomous mints, and up to the period of the emergence of the first specimens of Roman coins in Macedonia. This settlement is, in fact, one of the historically recorded centres of Antique Macedonia, the city of Gortinia. It was revived at least four times before it was finally demolished and gradually abandoned some time in the period between the 2nd and 1st centuries BC. 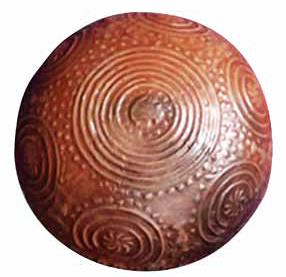 The finest examples of housing quarters have been discovered in the sector of the East Terrace. The most important structure discovered thus far in this part of the site is a lavish private house from the 2nd century BC, known as the Collector’s House.

The structures discovered in the sector of the South Terraceor above the remains of the Classical stoa indicate that this was the quarter of artisans and traders. An entire complex of structures has been discovered in this part (metallurgical, ceramic and craftsmen’s workshops, a storage house, shops, etc.), with characteristic inventory and rich and varied movable finds.