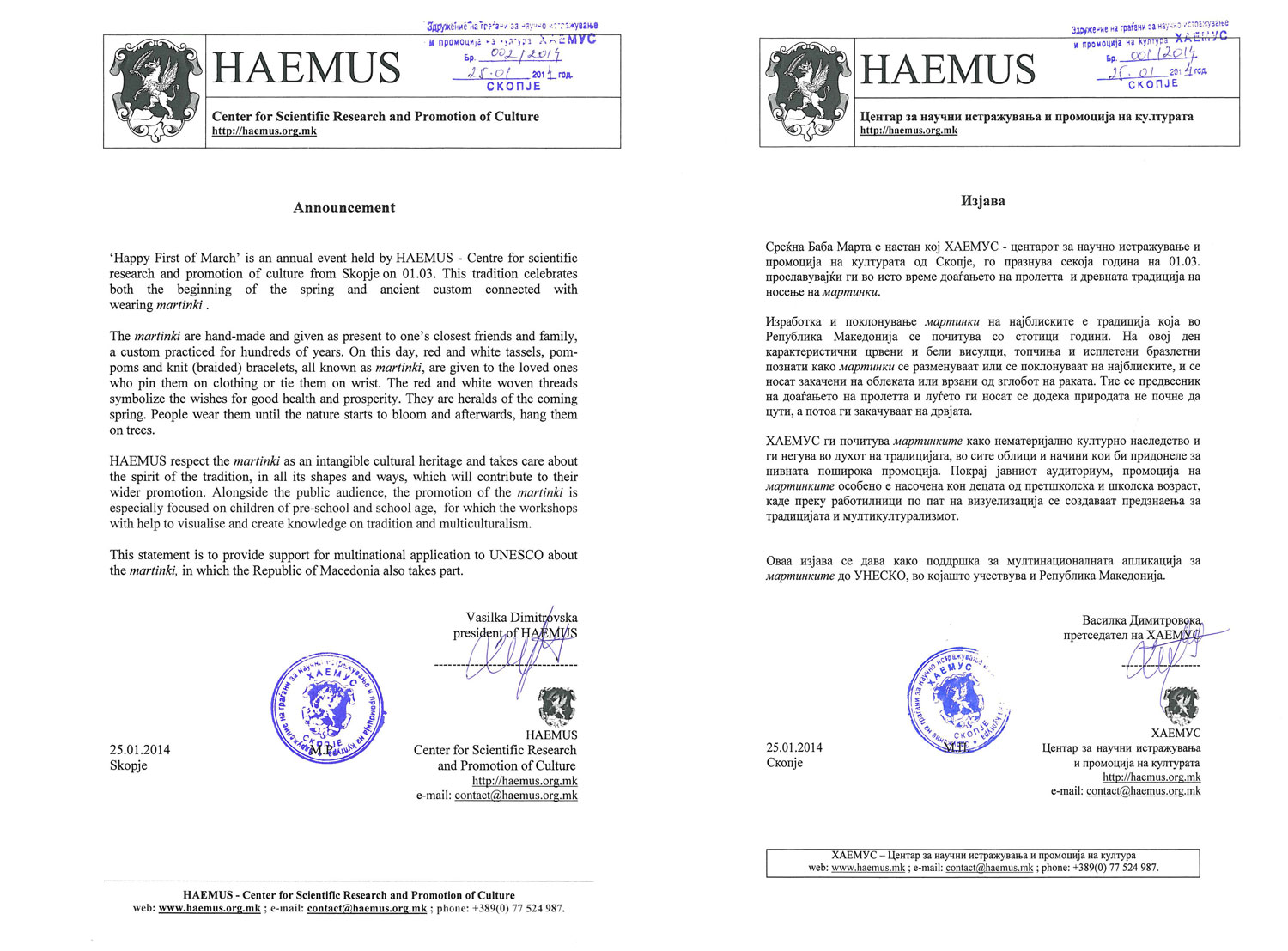 Martinki from the Republic of Macedonia

Happy First of March! (mk. Среќна Баба Марта) is an annual event held by HAEMUS on 01.03. celebrating both, the beginning of the spring and ancient tradition connected with wearing of martinki (mk. мартинки). 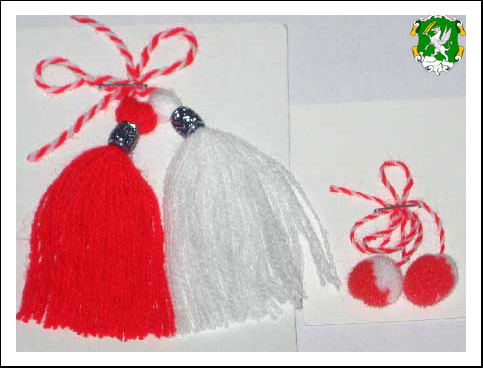 In certain parts of the Republic of Macedonia there is a custom associated with the first day of March. It is called “Grandma March” Day. On this day typical red and white tassels, pom-poms or knit (braided) bracelets all known as martinki are exchanged, given to loved ones and they are worn pinned on clothing or tied on the wrist. The red and white woven threads symbolize the wish for good health and prosperity. They are heralds of the coming spring. People wear them until the nature starts to bloom and then hang them on trees.

The symbolism is quite obvious: the white represents the purity of the melting snow while the red is a symbol of life and passion, or in other words they are both great symbols of the constant cycle of life and death, the balance of good and evil, and of the sorrow and happiness in human life.

This is the month of March. Grandma March is the only woman among her 11 brothers (the months of the year). She is seen as an old, ill-humored and snappy woman with highly contrasting moods. The story goes like this:

A shepherdess was tired of the long, boring winter. One day seeing the skies brighten and the sun caressing the meadows, she decided to take her flock up the mountain in search of fresh grass. On her way she mocked with March, cursing her, calling her names and inviting springtime to hasten and replace the dreary month. March heard the words of the foolish woman and almost being the end of the month she pleaded February to borrow her two or three of his days to punish the foolish shepherdess. February being the youngest, fulfilled her plea. March used the days to force the most fierce snows and storms upon the ungrateful and daft shepherdess and freeze her and her flock.

‘Happy First of March’ is an annual event held by HAEMUS – Centre for scientific research and promotion of culture from Skopje on 01.03. This tradition celebrates both the beginning of the spring and ancient custom connected with wearing martinki .

The martinki are hand-made and given as present to one’s closest friends and family, a custom practiced for hundreds of years. On this day, red and white tassels, pom-poms and knit (braided) bracelets, all known as martinki, are given to the loved ones who pin them on clothing or tie them on wrist. The red and white woven threads symbolize the wishes for good health and prosperity. They are heralds of the coming spring. People wear them until the nature starts to bloom and afterwards, hang them on trees.

HAEMUS respect the martinki as an intangible cultural heritage and takes care about the spirit of the tradition, in all its shapes and ways, which will contribute to their wider promotion. Alongside the public audience, the promotion of the martinki is especially focused on children of pre-school and school age, for which the workshops with help to visualise and create knowledge on tradition and multiculturalism.

This statement is to provide support for multinational application to UNESCO about the martinki, in which the Republic of Macedonia also takes part. 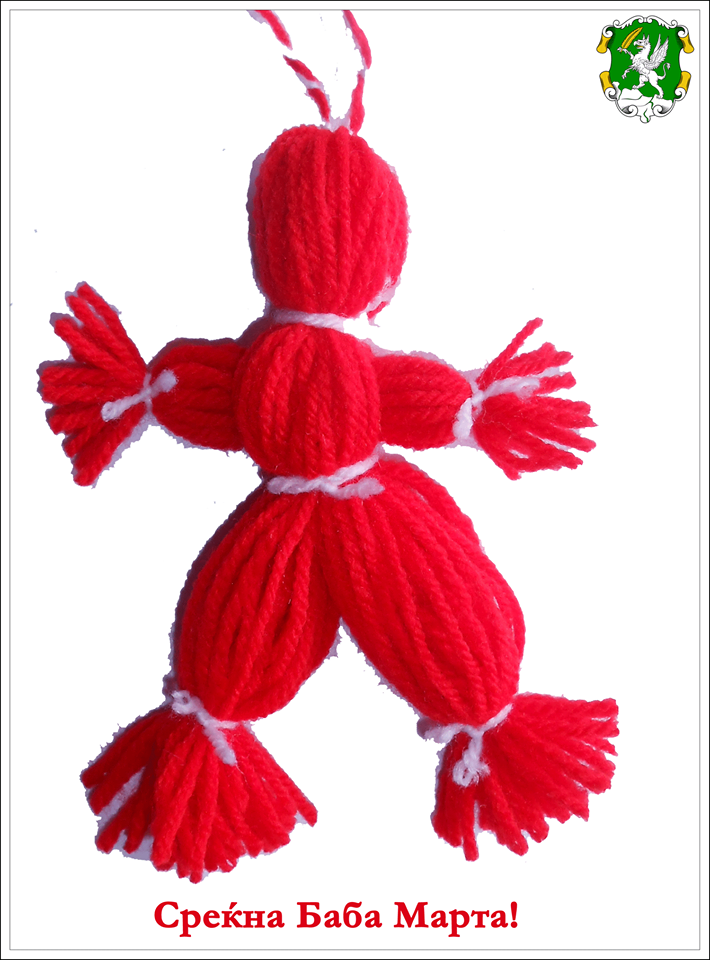 Read here the official document submitted to UNESCO about the martinki