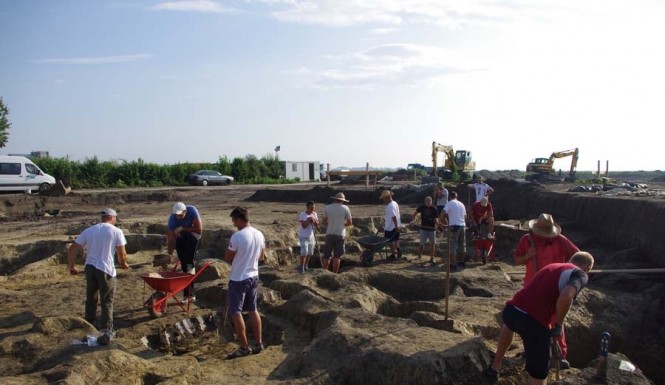 Archaeologists in Croatia have unearthed what they say is the largest Stone Age city ever discovered in the region. The new find stretches for more than 100 thousand square meters, and it is believed to be roughly 7,000 years old.

A research team led by Maja Krznaric Skrivanko and Hrvoje Vulic from Vinkovci Municipal Museum announced this week that they had discovered a previously unknown village that dates back to the fifth or fourth millennium BC. Speaking with JutarnjiList, the team said that the discovery lurked for millennia just a couple of feet below the surface.

“At the beginning,” Vulic said, “we found the remains of tanks, wells, and ceramic items dating back to the Stone Age, and we decided to further investigate.”

The find was made a few kilometers west of Vinkovci, a Croatian city of roughly 35,000 and the largest town in the country. The survey work was necessary to ensure that any future construction work on the site would not damage unknown historical artifacts. The researchers reportedly had no clue that they would find such a massive repository of archaeological treasures before they started the dig. 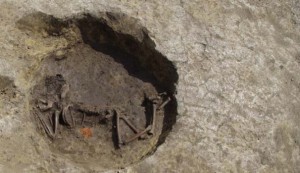 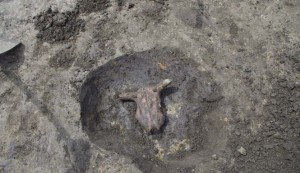 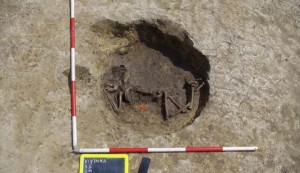 About 30 inches below the surface, the researchers came upon a treasure trove of ancient materials. As they continued the excavation, the dig unfolded into a site about 100 thousand square meters in area. For now, the researchers are concentrating on a smaller area of about 3,000 square meters. In that spot alone, they’ve found 325 archaeological objects, including fences, wells, and kilns for ceramics.

They have also found the remains of children buried in what appears to be a ritualistic fashion. Graves for children and infants, the researchers say, are a good way of determining what the prosperity level was for the village. The graves the researchers uncovered had cattle skulls and horns interred alongside the child remains, as well as ritual pottery.

The culture present in the area in the fourth and fifth millennium BC was called the Sopot culture, and it stretched across what is now Croatia, Bosnia, and Hungary. The culture typically settled alongside rivers, streams, and wetlands, and animal husbandry was prevalent.

Reports on the archaeological discovery note that it is one of the more important discoveries to date from the Neolithic to the Roman period in the area.