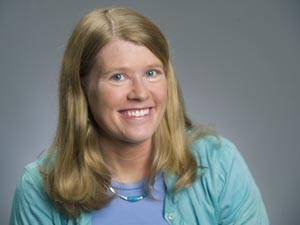 Ancient sites thought lost forever have been discovered with the help of University of Alabama at Birmingham (UAB) associate professor of archaeology Sarah Parcak, Ph.D. An expert in the field of remote sensing, Parcak spent months using advanced satellite imagery techniques to uncover long-buried sections of the Roman Empire. Her research has uncovered a host of hidden finds, including an amphitheater and the likely location of a famous lighthouse.

Parcak’s journey will be documented in “Rome’s Lost Empire,” an 80-minute film that airs on BBC One on Sunday, Dec. 9, 2012, in the United Kingdom. Viewers in the U.S. will be able to see a 60-minute version of the film on the Discovery Channel at a later date.

“This is very, very exciting,” said Parcak, a 2012 TED Fellow whose work has been featured in several documentaries on the BBC and Discovery Channel. “It was an amazing adventure.”

The BBC sponsored Parcak’s expedition, which took place this spring and gave her the chance to work with a host of world-renowned scholars. Together, they traveled to Tunisia, Jordan, Italy, Romania and Serbia on a mission to unlock the mysteries of how Rome succeeded in ruling a landscape that spanned millions of square miles.

During the quest, scholars presented Parcak with their “big questions” about each archaeological landscape, she said. She would then use her technology to try to find the answers.

They focused on key sites and regions to tell stories of ancient Roman expansion, imperialism, military might and trade. Using satellite images tuned to the near-infrared part of the light spectrum, Parcak was able to look beyond the surface dirt and sand to pinpoint old roads, canals, warehouses and more.

“We were able to find really cool things and tell the story of those sites,” she said.

Her discoveries included a possible amphitheater at the famous Roman site of Portus.

“The big find, though, is the likely location of the base of the lighthouse at Portus,” she said. “They’ve been looking for that for hundreds of years, and we are pretty sure we found it using this technology.”

Parcak and her colleagues also discovered a huge ditch and rampart system at a site in Romania. This gives clues into how the Roman Empire was able to control the site for such a long period of time.

According to Parcak, examining the Roman Empire gives insight into our modern world.

“We think we know all about the Romans, yet there is this vast civilization and only a tiny fraction has been examined,” Parcak said. “We have so much to learn from them. To look back is really to look in the mirror, see ourselves and understand how we got here today.”

Soon, Parcak’s students will be able to take her work even further.

“As the technology evolves, they will be able to see much more than I could have dreamed,” she said.