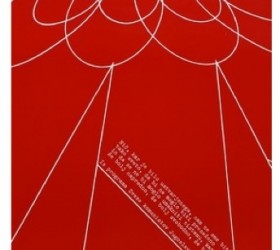 The man who designed a nation


Rarely does the work of a single individual permeate the visual identity of a country as much as the graphic design of Slovenia’s Miljenko Licul. From beer ads to banknotes, he forged the appearance of...
Pin It

Rarely does the work of a single individual permeate the visual identity of a country as much as the graphic design of Slovenia’s Miljenko Licul. From beer ads to banknotes, he forged the appearance of Slovenia as a nation. An upcoming show at The Lighthouse in Glagow pays tribute to the work of this extraordinary character – his scope, his visual acuity, and his humour. 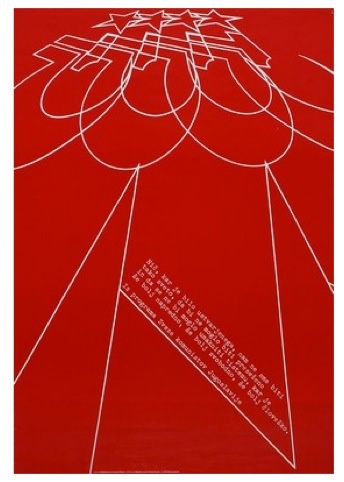 Miljenko Licul, Poster: 8th Congress of the League of Communists of Slovenia Ljubljana, 1978

Licul died in 2009 at the age of 62, leaving behind him a stamped trail of identity. On winning the country’s prestigious Prešeren Award for his life’s work in 2008, he was described as ‘one of those artists that have helped to bring a different, poetic language into the rigid Modernist style of the graphic design of the 70s, without negating the content and historical aspect of the task’.

Licul’s design messages have embodied turning points in Slovenia’s history, both before and after independence. This is most notable in his design for the tolar – Slovenia’s first independent currency, introduced soon after independence in 1992 and remaining in circulation for more than a decade and a half until the adoption of the euro in 2006. Yet even then Licul’s influence persisted – he designed the reverse side of the Slovenian euro coin, edged with a revolving orbit of stars and letters.

Miljenko Licul with his design for the Slovenian Euro, 2006

Licul also designed several corporate images for subjects and institutions of national importance, including the City Council of the City of Ljubljana, the National Gallery of Slovenia, the Institute for the Protection of Cultural Heritage of the Republic of Slovenia, the University of Ljubljana and the Institute of Oncology, alongside images for exhibitions, calendars, brochures, books and magazines. His images, such as that for a poster for the 8th Congress of the League of Communists of Slovenia in 1978, are characterised by a clarity of vision and a preoccupation with a harmonious relationship between text and form. Circular forms and the letter O reoccur, eventually consolidated into the form of the coin: the tolar, and the euro.

Residents of Slovenia find themselves encircled by Licul’s lasso of design – the driving licence features circular, interconnectling wheels superimposed with a sillouetted procession of cartoonish horsemen. A similar motif finds its way onto the Slovenian passport – page numbers are marked by a little rearing horse, accompanied by a tiny plane – or is it a bird? Licul adds a tongue-in-cheek element to the official purpose of these documents. The preserve of a graphic designer who knew he had his country at his fingertips?

Glasgow has its own strong design legacy; Licul’s work is being shown in Charles Rennie Mackingtosh’s turreted, fantastical former water-tower that now houses The Lighthouse. Rennie Mackintosh’s Lighthouse speaks of mysterious, almost mythological containment, whereas Licul’s work is all about effective communication, Slovenia’s vibrant dissemination into visual modernity. This strange meeting of styles creates an interesting dialogue, presenting the work of a designer whose work played an important role in visually defining independence.

The Visual Identity of Slovenia – Designing for the State will be on show from 26 November – 9 December at The Lighthouse, 11 Mitchell Street, Glasgow, G1 3NU