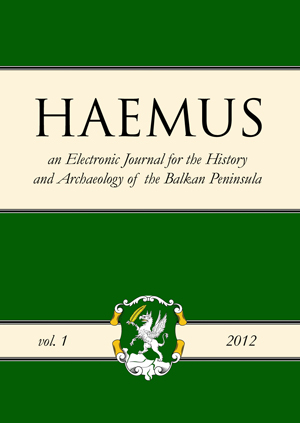 The Image of Early Medieval Barbaroi in Contemporary Written Sources and Modern Scholarship: the Balkan Perspective

The barbarians of the Late Antiquity and the Early Middle Ages were of scholarly interest from the 19th c. onwards. Though there are numerous publications on various aspects of the barbarians, most of it focuses on the role they had in the collapse of the Western and the trails of the Eastern Roman Empire. During the last two decades, an enormous scholarly contribution is given into dampening the negative representation of the Early Medieval barbarians as primitive, belligerent people who were inferior to the Romans and Byzantines in any regard. This article gives a review on the accounts of the contemporary authors held as authorities on the history of the barbarian tribes, which combined with the survey of the material evidence, retrieved with archaeological excavations, offers another perspective of the barbarians and the Romaioi as equal participants in the events that shaped their world, instead of the image of superior, civilized people of a great Empire and the savage tribes of inferior culture who threatened the same Empire.