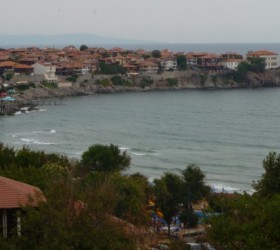 on Dec 16, 12 • by Haemus • with Comments Off on Temple of Poseidon found in Bulgaria’s Sozopol


One of the buildings excavated in the Bulgarian Black Sea town of Sozopol appears to have been a temple to Poseidon, going by the discovery of a large and relatively well-preserved altar to the...
Pin It 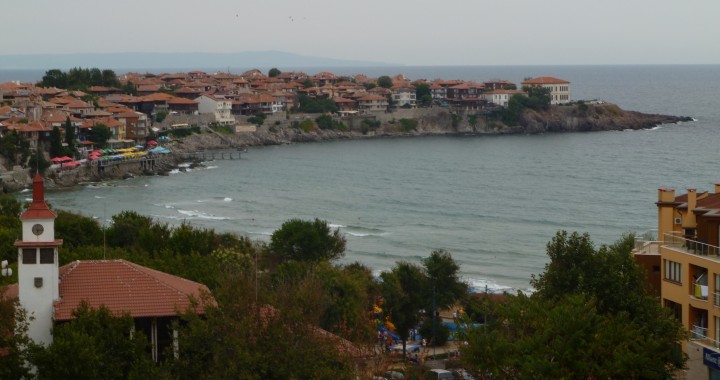 One of the buildings excavated in the Bulgarian Black Sea town of Sozopol appears to have been a temple to Poseidon, going by the discovery of a large and relatively well-preserved altar to the Greek god.

This is according to Bozhidar Dimitrov, director of Bulgaria’s National History Museum.

Archaeologists found the building in front of the medieval fortified wall of the seaside town, Dimitrov said.

He said that the numerous pieces of marble found during excavations indicate that after the declaration of Christianity as the office religion of the Roman empire in 330 CE, the emperor’s order to destroy the temples of other religions was carried out, followed by the building of houses of worship dedicated to Christian saints, with iconography with features similar to that of the ancient gods.

Dimitrov said that in Sozopol, there was an example of how a temple to the Thracian horseman in the centre of the old town was converted into a church dedicated to Saint George.

He said, according to a report by local news agency Focus, that in the case of the temple to Poseidon – the god of the sea – the time of its destruction saw the building of a Christian church a very short distance away, dedicated to Saint Nicholas, the patron saint of fishermen and sailors.

In September, archaeological digs in Sozopol – where in the early summer archaeologists found a skeleton staked post-mortem to prevent the deceased from rising as a vampire – have yielded another unusual find in the skeleton of a man that appears to have been such an inveterate gambler that he took his knucklebones to the grave. The skeleton has been provisionally dated to the fifth century BCE. As part of the funeral rites, the deceased was buried with a Greek dish that had 80 astragaloi – roughly cubic-shaped ship ankle bones used for gambling in the ancient times.

In August, it emerged that an ancient incense vessel in the shape of a bull’s head, estimated to date from the sixth century BCE, had been found by archaeologists on St Kirik island off Sozopol. The discovery was made on the last hour of the last day of the 2012 summer archaeological season.