The Antique settlement of Tauresium is situated in the immediate vicinity of Taor, the village approximately 20 km S/E of Skopje.Today, the village of Taor can be reached from two directions. The first direction is from the south and it connects it with the city of Skopje via the bridge across the river Vardar and the village of Orešani, while the second route is 3.5 km long, and the village is connected on its southeast side with the main road E 75.

In Roman times, these two directions from which the settlement could be accessed represented the main road along the flow of the Vardar (Via Axia) that ran along the north side of the settlement, which stretched from Scupi, through Stobi and to Salonica. This Antique settlement was first recorded by the English explorer, archaeologist and travel writer Arthur Evans more than one hundred years ago. On that occasion, he visited both Scupi and this settlement, identifying the latter as Tauresium, the native town of Emperor Justinian I (527-565), to which the Antique writer Procopius also refers. 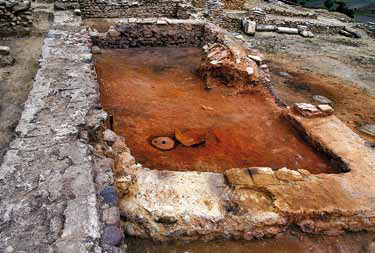 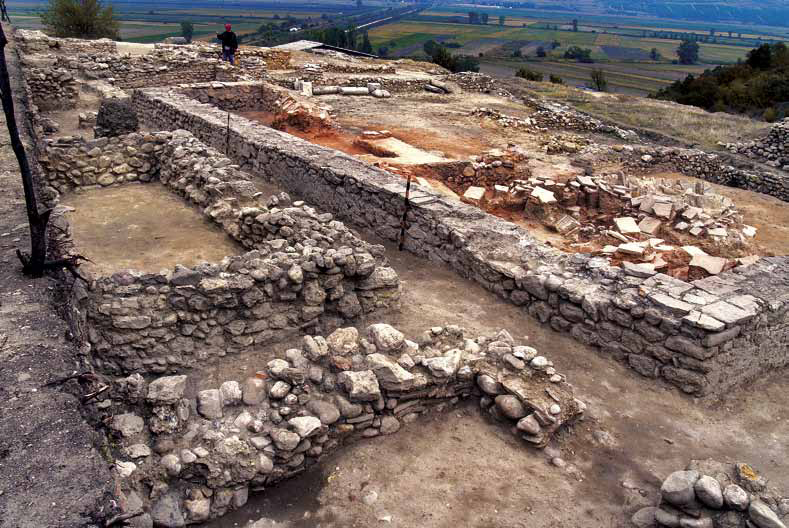 Archaeological exploration of this site began in 2000 by the Skopje City Museum and has continued to this day. Today, this settlement is known as Gradište and is situated on the southeast periphery of the village of Taor, standing on a high hill that has an acropolis and two terraces, covering a total area of 1.6 hectares. On the basis of archaeological exploration that has been carried out, three cultural horizons can be identified: prehistoric, Late Antique and early mediaeval. The prehistoric cultural horizon belongs to the Early Bronze Age and is dated to ca. 2200 to 1700 BC. Its existence has been confirmed with several finds of small stone axes, short flint knives and a number of fragmentsof ceramic vessels, which were excavated in the Antique layers.

The presence of a Late Antique cultural horizon has been confirmed with numerous movable archaeological finds and various buildings. Two phases can be clearly identified in the stratigraphy of this horizon. The first phase lasted from the 4th century to the early 6th centuries, that is, until the disastrous earthquake of 518, and the second phase, in the period after the earthquake until the end of the 6th century.

The exploration of the first phase revealed remains of only one structure built of stone and mud used as binding material. In this period, the settlement had no defensive ramparts. In the second phase, after the earthquake of 518, the settlement was practically completely renewed, a defensive wall was built, as well as a water supply and drainage system. As a consequence of the several raids of Avars and Slavs in the late 6th century, life in this settlement became extinct. 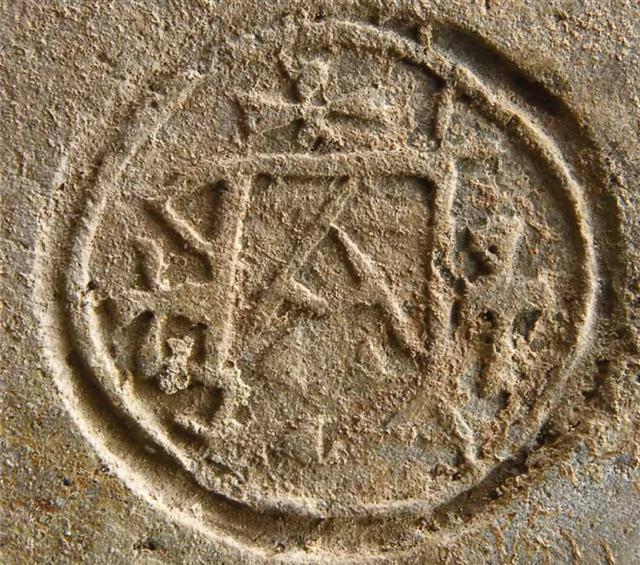 The early mediaeval cultural horizon marks only a shortperiod of existence. After a hiatus of two centuries, life in this settlement was renewed in the 9th and 10th centuries. The explorations that have been carried out on this site revealed a large number of movable archaeological finds. They include numerous fragments of ceramic vessels, fragments of glassware, window panes, jewellery (earrings, fibulae, rings), bone artifacts, weapons, parts of military equipment, tools, objects from construction work, parts of locks and keys, about 250 coins, etc.

In addition to these finds, fragments of architectural stone elements, such as several marble columns with bases, capitals and capitals decorated with Early Christian motifs have also been discovered as part of the first building. In our opinion, the most significant find among those that have been discovered thus far is the fragment of the mouth and neck of a pythos (storage vessel). The mouth of the pythos is decorated with the seal which is, in fact, the monogram of Emperor Justinian I. This monogram corroborates the one hundred years oldthesis of Sir Arthur Evans that the settlement near the village of Taor is the Antique Tauresium, the native town of Justinian I.