The remains of the city of Styberra lie 16 km west of Prilep, at the mouth of the river Blato, where it flows into the river Crna Reka (Erigon). The earliest reference to this city comes from Polybius, and more detailed information is found in Livy and Strabo, who says that Styberra stands at the river Erigon and belongs to the Derrones. The ancient itineraria refer to the fact that Styberra is situated by the road Stobi-Heraclea. In the Tabula Peuntigeriana, Styberra is not mentioned; however, in the Ravenna Geographer it is mentioned as Istubera, among the cities mentioned in the following order: Eristion, Ceramiae, Istubera and Heraclea. 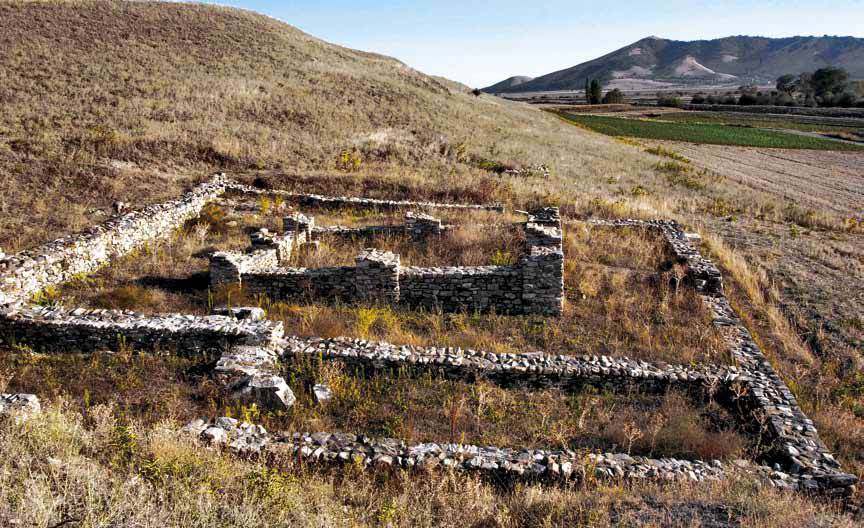 Archaeological research of the hill known as Bedem revealed parts of a Hellenistic rampart, the temple of the goddess Tyche and part of the complex of the Gymnasion. The Hellenistic city rampart, 3 m thick, whose remains have been discovered in the north and west parts of the hill, is made of broken local stone and built with the technique of dry-stone wall building. The temple of the goddess Tyche, the patroness of the city, stands on the west side of the hill, on one of the terraces which steeply descend from east to west. It is solid in structure, with massive walls made of broken stone, bricks and lime mortar, 10 x 10 m in size. The temple has a semicircular niche in the east wall and lateral niches in the south and north walls that bear inscriptions which refer to the donors. Portrait busts of Orestes and Phyloxenes, father and son, the prominent citizens of Styberra and the cult sculpture of the infant Bacchus have been discovered in the temple. The inscription in the central niche refers to the renewal of the temple in the 2nd century, i.e., in 126 AD , with the donation made by Anthestia Fusca. 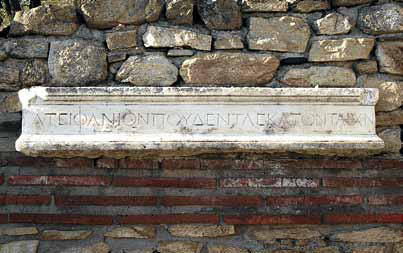 On the lowest terrace, which gradually unfolds to the flat part of Bedem Hill and towards the river Blato, part of the remnants of the Gymnasion, a public building, have beenexcavated. The structures that have been explored are the peristyle with the atrium, a semicircular exedra, a heroon and a temenos which cover the surface of ca. 1,000 m2. These structures are made of broken stone and brick, with lime mortar used as binding material and are covered with tegulae and imbrices. In the heroon and temenos which, on the east side, stand on the remnants of the Hellenistic rampart, the largest number of marble monuments and cult and portrait architectural stone lements has been discovered. In Styberra, twenty-eight monuments with inscriptions of names of epheboi, deities and donors and twenty-seven cult and portrait statues have been discovered. 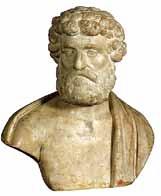 The cult marble statues include those of Asclepius, Hermes and Bacchus, while the portrait statues represent women of the Herculanean type, male figures of kosmetes, torsos of epheboi, one imperatorial statue and one of a Macedonarch, a citizen of Styberra. The marble decorative elements belong to the Early Roman period. The most common finds among the movable artifacts include ceramic vessel fragments from the Hellenistic and Early Roman periods, relief ceramics decorated with anthropomorphous and floral ornaments, as well as several fragments of terra sigillata. The most frequently encountered finds are Megarian bowls, smaller cups with one or two handles, shallow dishes on ring-shaped bottoms and kantharoi. 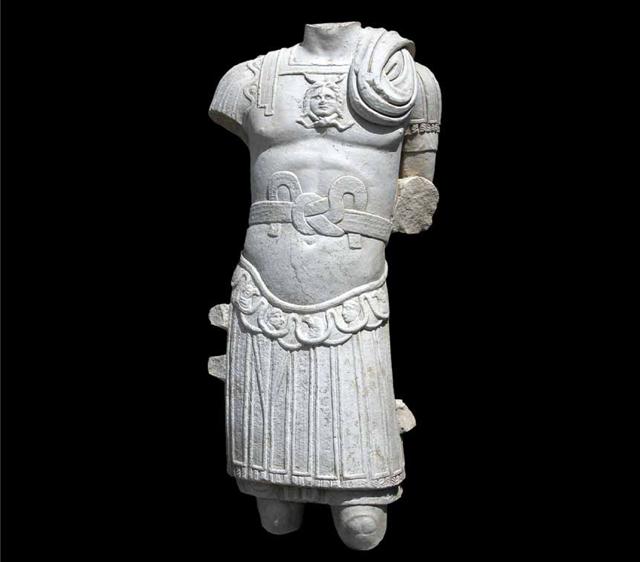 The beginnings of the city of Styberra are dated to the Hellenistic period, i.e., the 4th century BC. The city flourished in the 2nd century AD , when the renewal of its buildings was the most extensive. Four Macedonarchs came from the ranks of its citizens, one from the late 2nd century, Septimius Mestrius Lycon, and three from the early 3rd century, Septimius Silvanus Claudianus, Septimius Silvanus Nicolaus and Septimius Silvanus Celerus. Life in Styberra ceased in the second half of the 3rd century, suddenly and violently, for reasons still unknown. The time of its extinction coincides with the raids by the Goths and Heruls, who on two occasions sacked these regions.