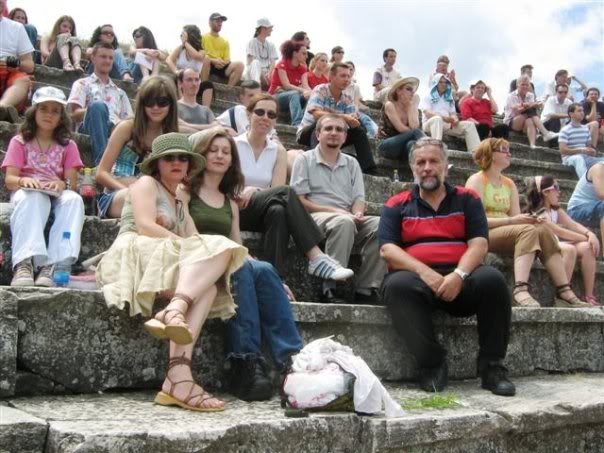 The Roman city of Stobi in Republic of Macedonia is located on the main road that leads from the Danube to the Aegean Sea, at the place where the Erigón river (mod. River Crna) joins the Axiós river (mod. Vardar), making it important strategically as a center for both trade and warfare. The pre-Roman period comprises Stobi (near Gradsko) as an ancient town of Paionia, later conquered by Macedon. The first excavation were done from 1924 to 1936 by The Museum of Belgrade when was discovered currently the most of the visible public and private buildings including the city’s theater  built in the second century. The most significant finds occurred between 1970 and 1980 by Yugoslav and American archaeologists.

With tourists in Stobi

The tour around this amazing site consider as the biggest archaeological site in the Republic of Macedonia mostly focus on the Roman Forum and the Ancient theater, as well as on the other major buildings (check official web site) which includes: The Episcopal residence, The Episcopal basilica, Northern Basilica, Civil Basilica, Large Baths (Magnae Thermae), Small Baths (Thermae minores), The House of the Psalms, Central Basilica and Synagogue, Domus Fullonica, The House of Peristeria, Half-circle square, The House of Parthenius, The Palace of Theodosius. 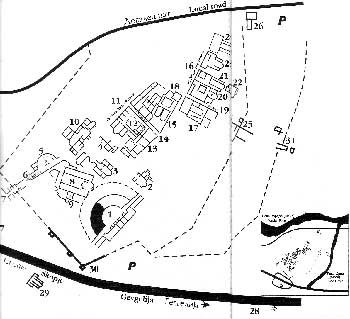 Objects in Stobi from the map: 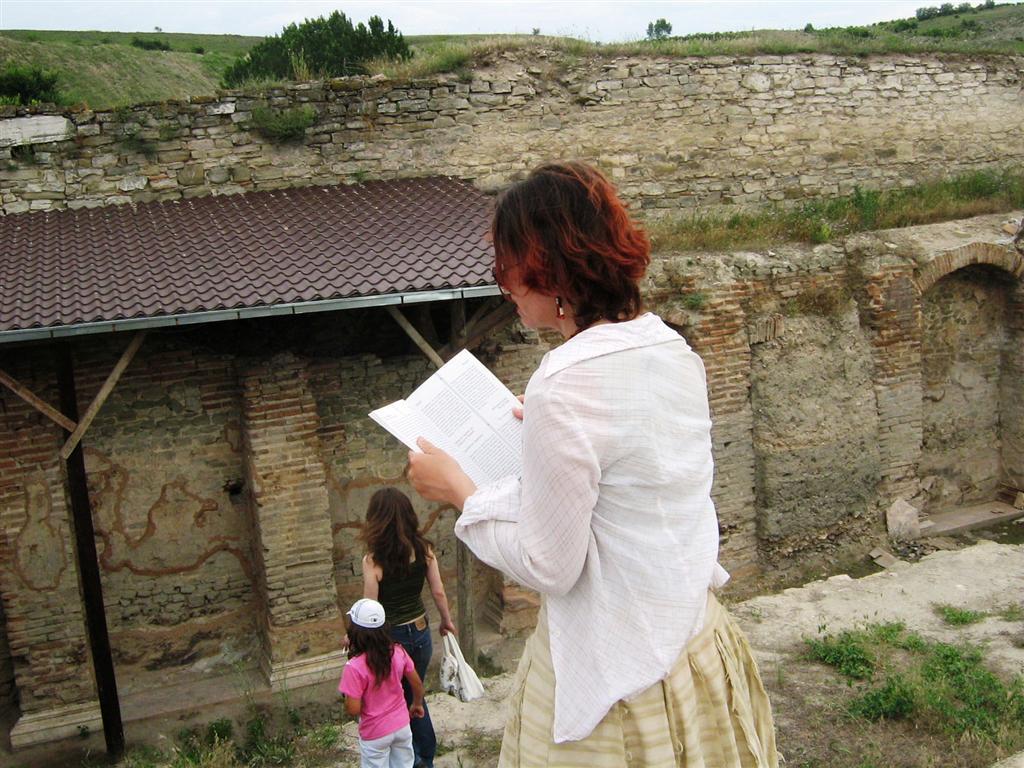 Standing in Roman forum before the excavation (2007)