The Skopje Fortress holds the most prominent position in the central area of the city of Skopje. It stands on the long ridge of sediment sandstone that stretches along the east bank of the Vardar in the N/S direction, on its southern, most prominent part. The entire cultural and political history of the city is practically linked with this area.

It was inhabited as a settlement as early as in prehistoric times, more specifically, in the Eneolithic Age. Beginning with this, the earliest settlement, and through certain periods in the Bronze and the Iron Age, the intensity of the settlement of this area varied, until the time prior to the establishment of the Roman government in Macedonia.However, this area was settled with highest intensity as medieval fortress, more precisely, as the Upper Town of the medieval Skopje. As such, it was reconstructed in the periods that followed, at the time of the Ottoman conquest, and remains in use to the present day. In prehistoric times, there were at least three settlements (Eneolithic, Bronze Age, Iron Age), while in the Middle Ages and the Ottoman period, at lest three other settlements were consecutively built (the first between the 10th and 13th or 14th centuries, the second between the 14th and 17th centuries and the third between the 18th and 20th centuries).

The earliest finds from the Skopje Fortress are the remains of the very first settlement from the Copper Age (Eneolithic)or the 4th millennium BC. Various structures, mud huts or semi-mud huts which served as dwellings, cult structures or waste or storage pits were dug into clay subsoil. In the next period, the Bronze Age, i.e., during the 3rd and 2nd millennia BC, prehistoric way of life continued, this timein a smaller area, limited mainly to the northeast parts of the Fortress. In addition to numerous movable finds andremains of dwelling structures, ceramic ware kilns and other remains of material culture from all the stages of the Bronze Age have also been recorded in these strata.The latest prehistoric settlement, that from the Iron Age (first half of the 1st millennium BC) marked the continuation of life, this time concentrated on a new site, primarily in the southeast parts of the Fortress. The exploration of this settlement revealed the customary remains of prehistoric architecture or houses with a rectangular floor plan, and a wooden construction of poles and wickerwork.

No significant traces of life in the second half of the 1st millennium BC have been discovered yet; however, certain finds confirm the assumption that some activities did take place on the site of the Fortress during the 4th century BC. The remains of settlements from the phase that followed belong to the medieval city. Its interrupted and turbulent historical development as a genuine urban center (medieval Skopje) which continues to this day began approximately in the late 10th century or at the time of Samoil.

It was originally protected with ramparts that display high quality masonry, and which completely encircle the area, forming a unique fortification system built according to the highest standards and with the best building techniques of the period. The umerous coins from the 10th and 11th centuries, burials made by the interior side of the south rampart, war axes and arrows, ceramic ware and others mall finds which date from the same period suggest that at that time, the Fortress probably functioned as a large military castrum. 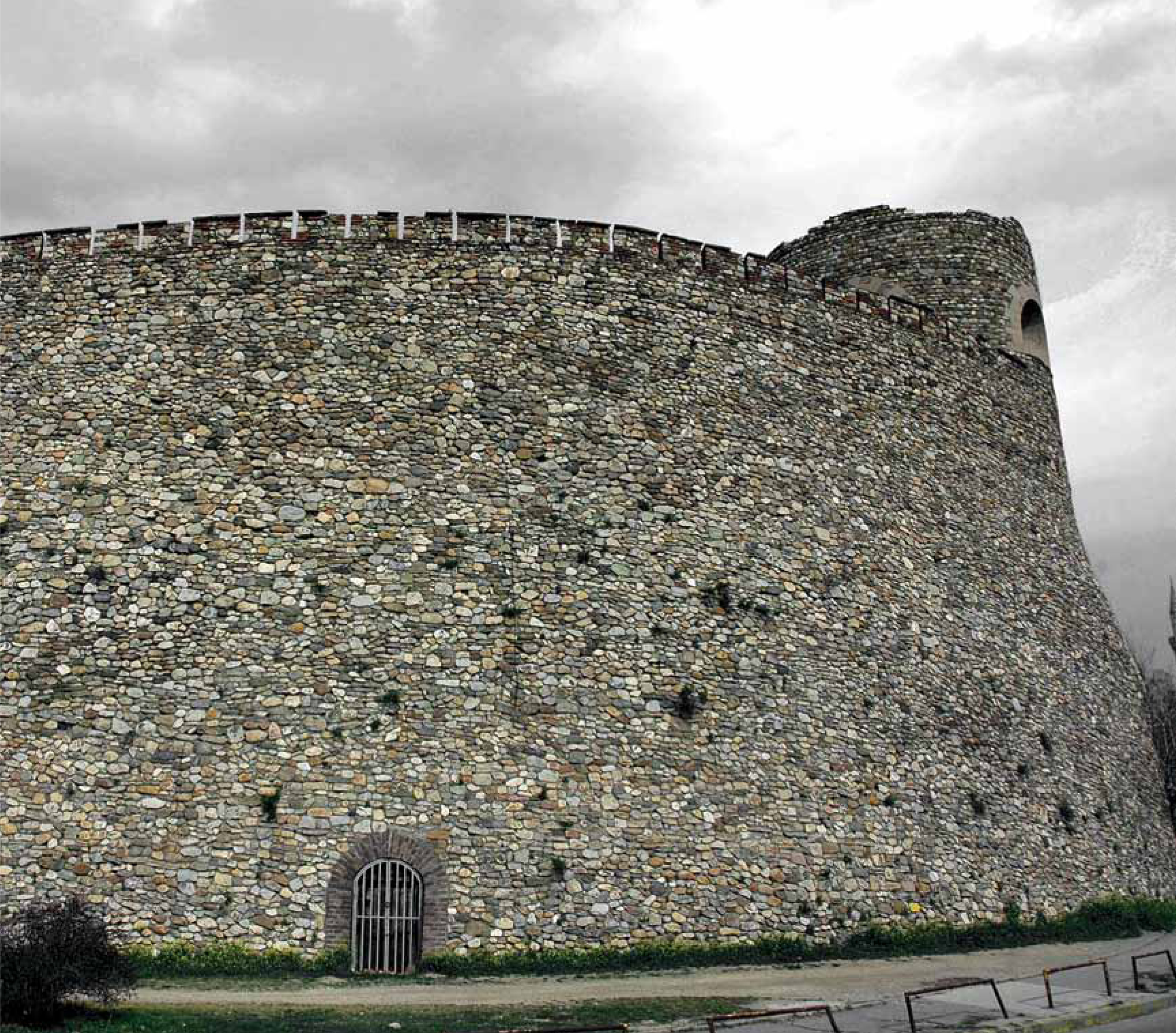 Along the south rampart, remains have been discovered of numerous wooden structures with waste pits, hearths, kilns and traces of metallurgical activity, warehouses and workshops, i.e., blacksmith shops where weapons were made and repaired. Of special significance for this city was the south entrance to the fortress, with all the accompanying elements. It continued to be used and was repaired several times in the following centuries as the main entrance, both to the later medieval and early Ottoman fortress.

Remains of a cobbled surface – a path, which ran along the interior side of the south rampart and led to the higher parts of the hill on which the fortress stands were discovered in the section which is a continuation of the entrance segment of the fortification.All the remains of this, provisionally termed Samoil phase are accompanied with finds of coins known as anonymous follises and of the emperors Basil II , Nicephoros II and Michael VII , all dating from the 10th and 11th centuries. The cultural strata of the settlement from the 12th and 13th centuries, or from the time of the reign of the Comnenus dynasty, reflect the role of Skopje as a genuine center of the wider Balkan region. The numerous finds of lead seals, coins, remains of developed metallurgical activities and manufacture of ceramic ware, as well as a variety of finds from daily life testify to this. In this sense, the luxurious dish ware decorated with painting, engraving and glazing stands out as superbly manufactured artwork. Some of the dishes discovered are genuine works of art, while the entire collection of this ceramic ware is among the largest and most valuable in the Balkans.

In the course of the 13th century, life in Skopje’s Upper Town continued with the same intensity. The ramparts were reconstructed and surrounded an entirely new urban area, while the city was further fortified with surrounding walls and the so-called Lower Town (suburbium). A church with a cross-shaped interior and a necropolis around it was discovered on the highest and most dominant part of the Fortress, in the southeast part of the city. According to written records, other churches stood there as well, inside the Skopje Fortress, dated to the same period.

In 1391, Skopje was captured by the Ottomans, who destroyed the city and parts of the city ramparts. After these events, the Fortress was used for other purposes and served as a military barracks. The buildings and the entire cultural inventory that have been discovered and which are dated to this period reflect activities customary for a fortress that served this purpose. The Ottoman period of the Skopje Fortress is divided in two parts, the first one from 1392, the moment of coming of the Ottoman Empire on the territory of Macedonia until the earthquake in 1555, and the second one from 1555 until the Balkan wars in 1912/13. From both periods, there are visible remains of fortification, towers, and the objects of military character.