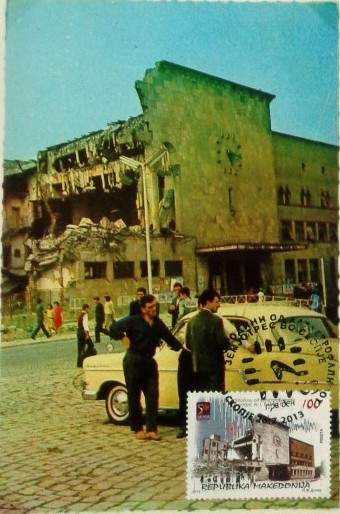 On 26.07.1963 at 5:17 AM, the clock on the Railway Station in Skopje stopped forever. As the journalist Jovan Popovski said “Skopje died in 10 seconds with an odd death, standing up!” Our metropolis that has been destroyed several times by different forces, was rebuilt with the help of 87 nations. The old Skopje was lost, but the new city of solidarity was born! In the honor of the past, but with excitement for the future, we are starting the “Radio Skopje Speaking” project

Signing the Memorandum of Understanding, HAEMUS began the long-term cooperation on the project “Radio Skopje Speaking” with FORUM CIVIL PEACE SERVICE e.v. from Cologne – FR Germany (shortly ForumZFD), in order to create good practices in heritage interpretation in the city of Skopje that will give voice to less known pasts and memories. The project “Radio Skopje Speaking” will tackle alternative stories, memories, histories and forgotten heritages of the post-earthquake period of Skopje in order to open space for new perspectives of understanding the urban space.

During the project, HAEMUS will conduct a research about the socialist heritage of post-earthquake Skopje that will result with several products making impact on heritage experts both, to cultural heritage management and cultural tourism. The main aim is creating a platform for sharing post-earthquake memories that are less well-known facts about the old Skopje. Join us for a walk through the Skopje’s extraordinarily rich past, and participate in the discussions about future challenges. Follow our web-pages end social media for further information. 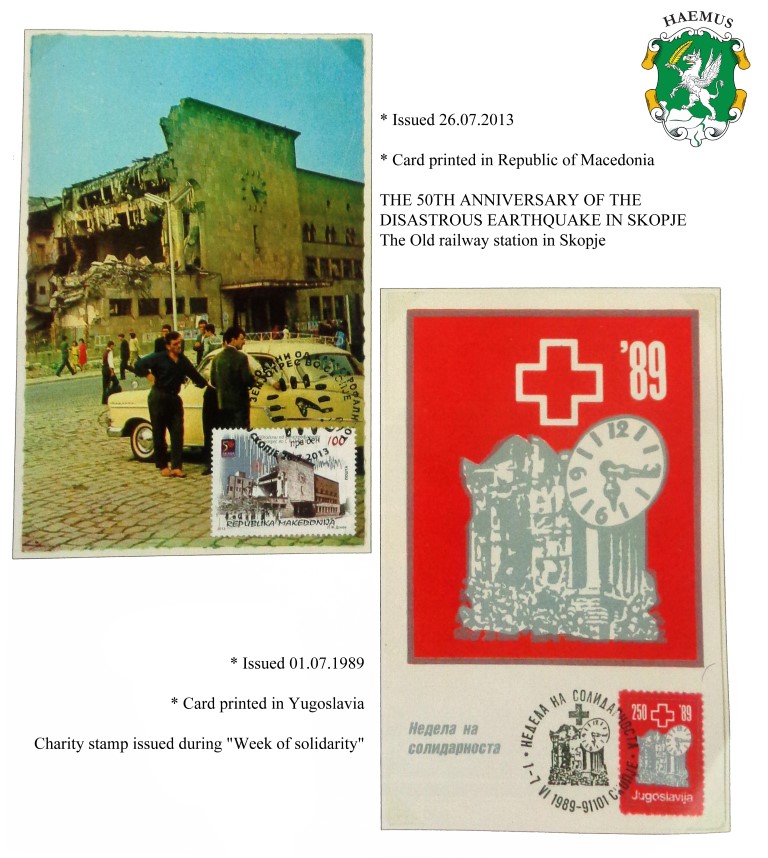 Alberto Moravia, one of the leading Italian novelist said:
“Skopje must not remain merely a newspaper report of its first sufferings, but must be the responsibility of all of us, of all men who today or tomorrow, through some similar new catastrophe, may become Skopians”.

Jean-Paul Sartre, one of the leading figures of the French philosophy and literature said:
“Skopje is not a film, not a thriller where we guess the chief event. It is a concentration of man’s struggle for freedom, with a result which inspires further struggles and no acceptance of defeat”.