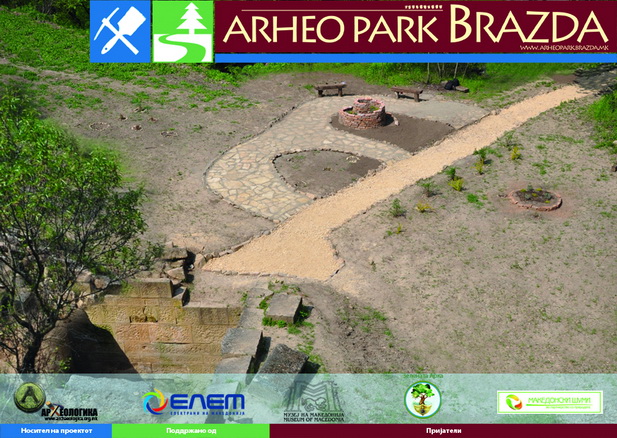 Association “Archaeologica” is honored to invite you to the opening ceremony of the first archaeological park in Macedonia.

“Arheo Park Brazda” was implemented by the Archaeologica team with support from AD ELEM, from the program for social responsibility. As supporters participated: Museum of Macedonia, Green Ark, SAA Axios, Macedonian Forests, Image Plus, local residents and others.

The team members from Archaeologica worked for months to transform this unique cultural monument, which was neglected and unavailable to visitors, into a new cultural and touristic attraction nearby Skopje.

The opening will be addressed by:

The presence of representatives from ELEM, Ministry of Culture, Cultural Heritage Protection Ofice, Museum of Macedonia, Skopje Museum, Faculty of Philosophy and others is expected.

The event will be held on May 21, 2013 (Tuesday) at the archaeological site Gradiste v.Brazda (The royal tomb) at 13 pm.