on Aug 11, 16 • by Haemus • with Comments Off on Korac displays recently found golden amulet at the Viminacium site 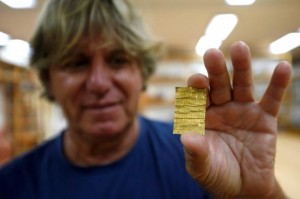