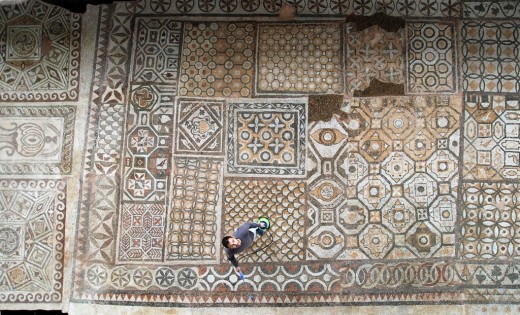 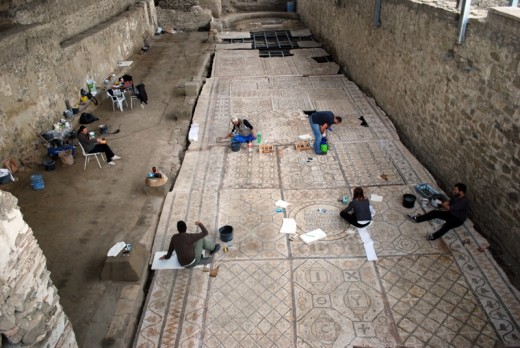 The final phase of the conservation and restoration work on the mosaic that decorated the floor of the oldest Christian church in the Republic of Macedonia, the Old Episcopal Basilica in Stobi respectively, has been completed after detailed conservation that took over 20 years. 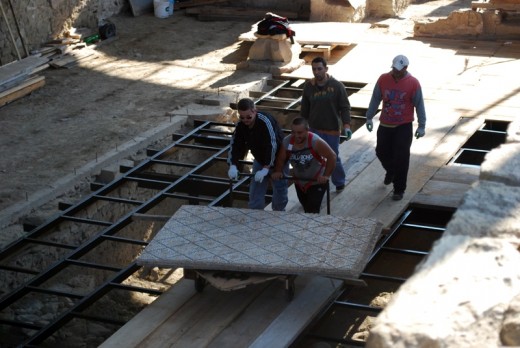 The project included a detailed treatment of the fragments of the mosaic floor spread over an area of 160 square meters and its return to the original place in the basilica. During the project, supported by the Culture Ministry, a new, steel frame was placed to hold up the mosaic. It will protect it from future atmospheric water and other elements, and will also protect the even older archaeological structures that were uncovered under the mosaic. The ancient city, first mentioned around 200 BC, is famous for its detailed mosaics featuring peacocks, deer and different symbols.

This particular mosaic had been removed all the way back in 1991, to begin the work on its conservation, and it was unavailable for the public and the visitors to the ruins of ancient Stobi for over two decades. After many delays, the final project to conserve and restore the mosaic began in 2012, when an archaeological excavation of its underlying foundations was performed.

It is the last process that was conducted in 2014, the conservation and restoration of the biggest mosaic discovered on the territory of the Republic of Macedonia is almost completed, the Culture Ministry informs. 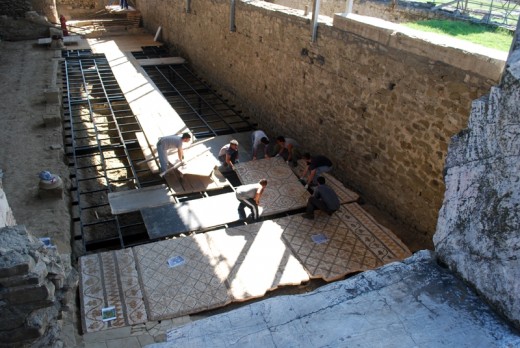 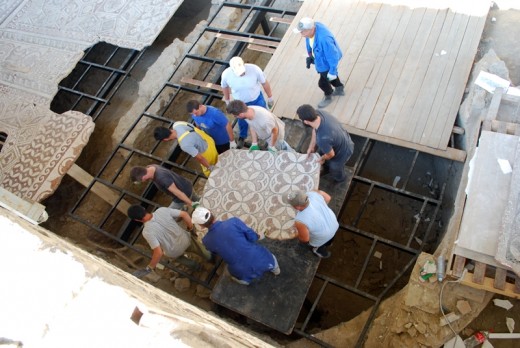