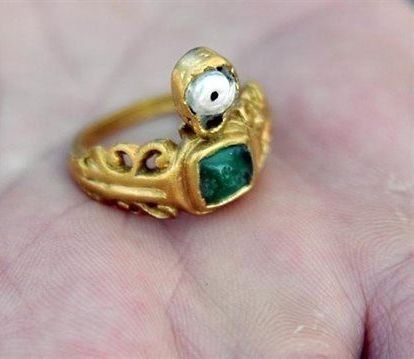 Archaeologists in Croatia have found an interesting ring from the 3rd century. At the depth of two metres in the soil in eastern town of Vinkovci they have found the ring with an “eye” that was, according to experts, used to protect the holder from spells.

Researchers have at the same place found a lot of ceramics that date from first to sixth century.

“The ring has a drawn rabbit that tastes a flower and that was seen as a symbol of happiness, while the “eye” represents protection against disasters and spells”, Vinkovci City Museum director Hrvoje Vulic has told to local news website Cibalia.info.

Researches have started before some building works in centre of Vinkovci, the area known for Roman times area of Cibalia.