Shtip is the urban centre of the eastern part of the Republic of Macedonia with rich and impressive history. The Byzantines called it Στιπειον, and the Ottoman Turks, Istib. Astibos is the Antique name of the river Bregalnica that flows through the city and, through history, served as a natural barrier to its enemies and conquerors. The city spreads across numerous hills; houses, churches and other public buildings and towers were built below and on them. However, the entire city cannot be seen from any of them, which is one of its specific features. Isar is the most imposing and, at the same time, the most impressive among these hills, whose cliffs rise over the river Bregalnica. The surviving remains of the city’s citadel stand on the highest flattened point of the hill, where thecity administration and its elite had their residences.

The walls which surround this space are massive and strong, and the legend has it that the old master builders mixed thousands of eggs with the mortar while building the ramparts. Such is the main tower, too, which was also the residence of the city mayor and was the most difficult to seize. Today, in addition, one can also see the water cisterns; there must have also been buildings for food storage, a kitchen, a dining hall and other chambers for the proper functioning of a decent and, at times, opulent life. Under these ramparts, especially on the east and south sides, the second and larger city wall with towers also survives, which customarily provided the lodging quarters for the city and state officials and the military. The area at the foot of Isarot was also inhabited, and in the Middle Ages it was known as Varoš.

In 1018, the armies of the Byzantine Empire conquered the city that had previously been ruled by Tsar Samuil. The people of the city met the Byzantine emperor with song and hymns. The ruins which date from this period are heavily damaged and are still under the ground. During the 12th and the 13th centuries, Shtip was a Byzantine city of crucial importance, and its rise was based on trade and the crafts. Until the late 14th century, the mediaeval city stretched around the east and south sides of the fortification and the small river Otinja.

Around 1300, the city was under the Serbian Nemanjić dynasty. Despot Jovan Oliver, Hrelja, voyvoda Dimitar Dragaš, the feudal lord Ivanko and others are recorded as the regional feudal rulers, who commissioned the building of several churches. Among them, the following churches survive: the Church of the Holy Archangels situated east of Isarot; the church dedicated to St. John Glavato on the southwest slope of Isarot; the Church of the Ascension (Church of the Holy Saviour) that stands on the hill opposite of Isarot and the river Otinja. At that time, there were also churches dedicated to St. Blachern, the Holy Archangel, St. Elijah and others.

A number of facts and details from the city’s life and its inhabitants originate from the Ottoman period which began in Shtip in 1395. Previously, the Ottomans had captured the city, having discovered the secret corridor that descended from the acropolis, down the steepest hillside, and led to the river Bregalnica. It was on this side of the fortress and the city that the Ottomans established the quarter for the guardians of the gorge called Novo Selo. The guardians defended and controlled access to the city through the gorge and the bridge on the Bregalnica. 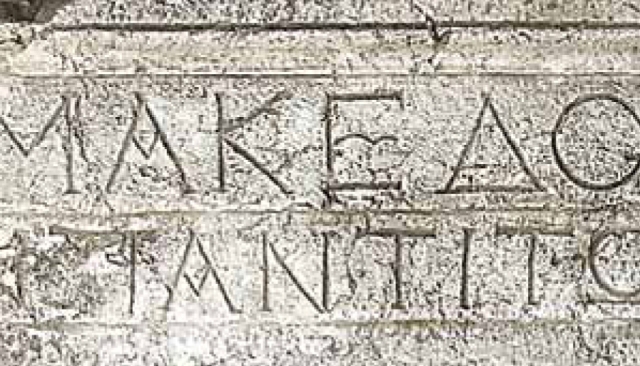 The prosperity of Shtip during the Ottoman period is visible in several structures, such as the Husa Medin Pasha’s Mosque, also known as St. Elijah, as well as the Covered Bazaar, an architectural masterpiece situated at the heart of the city. In the 17th century, the travel writer Evliya Çelebi noted in his writings that the beauty of the women of Shtip is known worldwide. Three ethnical, cultural and religious components comprised the foundations and brought about the prosperity of Shtip. These were its Macedonian, Turkish and Jewish citizens.