In order to promote and popularize the cultural heritage of the Аncient Roman period as a part of the “SCUPINI ROMANI”, a brand of “HAEMUS” – Center for Scientific Research and Promotion of Culture dedicated to the  Ancient Roman culture, organize the event inspired by the ancient Roman festival Saturnalia.

Within the event we had several activities:

The event was of educational and promotional character and the entrance is a free of charge. The event will took place on 17 December between 11-14h at MKC Club and Restaurant in Skopje. 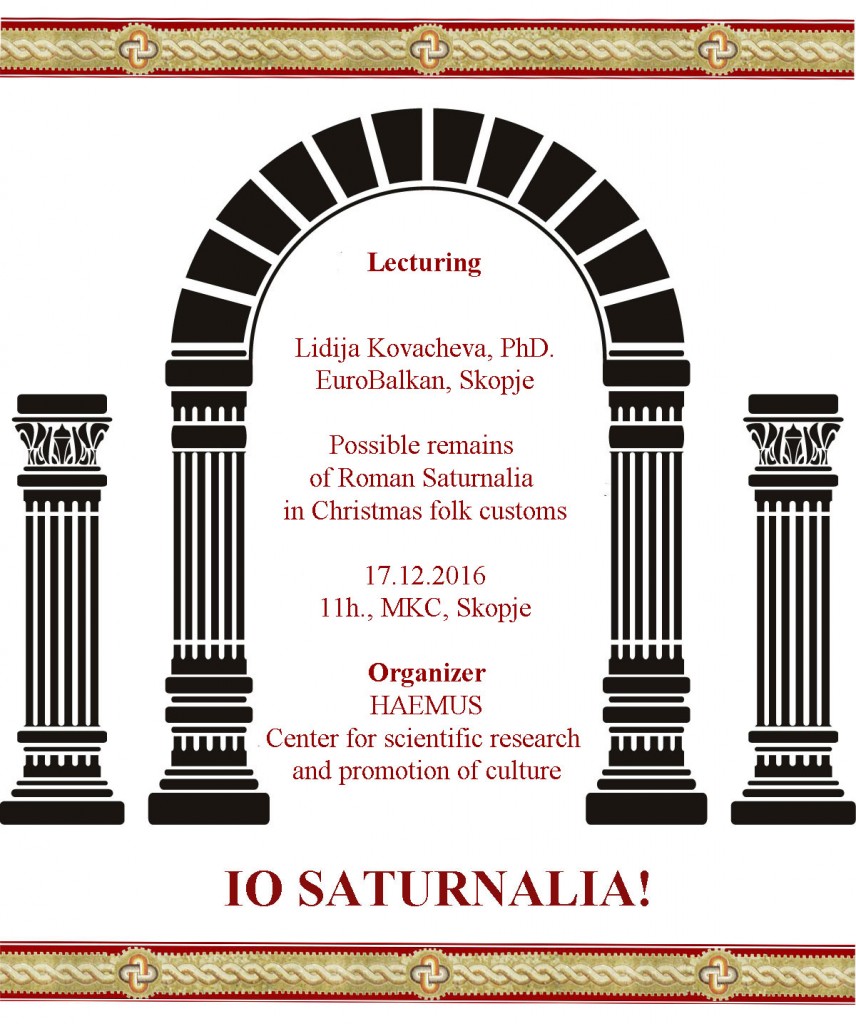 It was traditional to offer gifts of imitation fruit (a symbol of fertility), dolls (symbolic of the custom of human sacrifice), and candles (reminiscent of the bonfires traditionally associated with pagan solstice celebrations). A mock king was chosen, usually from a group of slaves or criminals, and although he was permitted to behave in an unrestrained manner for seven days of the festival, he was usually killed at the end. The Saturnalia eventually degenerated into a week-long spree of debauchery and crime – giving rise to the modern use of the term Saturnalia, meaning a period of unrestrained license and revelry.