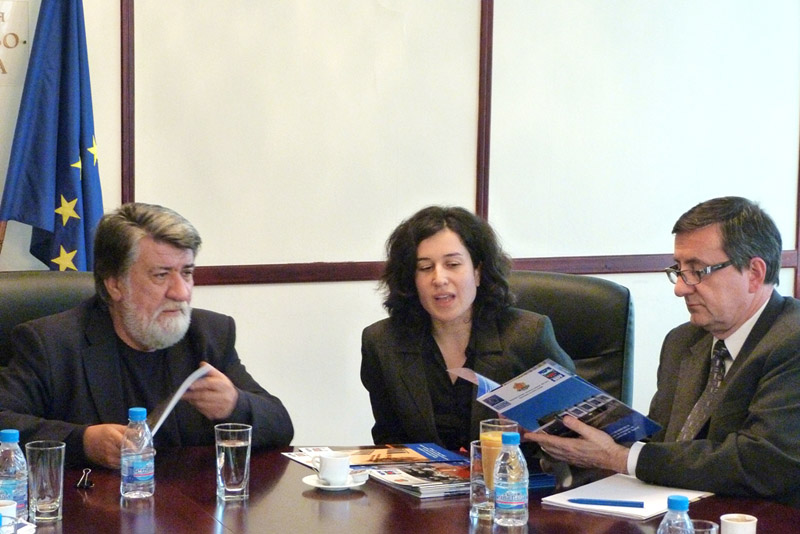 There is a huge positive change in the preservation of Old Nesebar as a monument from the UNESCO World Heritage List, architect Gergely Nagy, an expert with the International Council of Monuments and Sites (UNESCO-ICOMOS), said at a meeting with Bulgarian Culture Minister Vezhdi Rashidov on Friday, announced the Ministry of Culture.

Nagy was on a three-day visit to Bulgaria to inspect the progress of the ministry and municipality of Nesebar in preserving the world monument.

In 2010 Gergely Nagy participated in an inspection of the Old Nesebar. Back then a lot of irregularities were established and Old Nesebar faced the risk of being taken out of the UNESCO World Heritage List.

Now, two years later, at his meeting with Minister Rashidov architect Nagy noted the Bulgarian government’s contribution in drafting the first management plan of Nesebar as a group world monument, and expressed hope this would be a model for plans also for other Bulgarian sites on the UNESCO List.